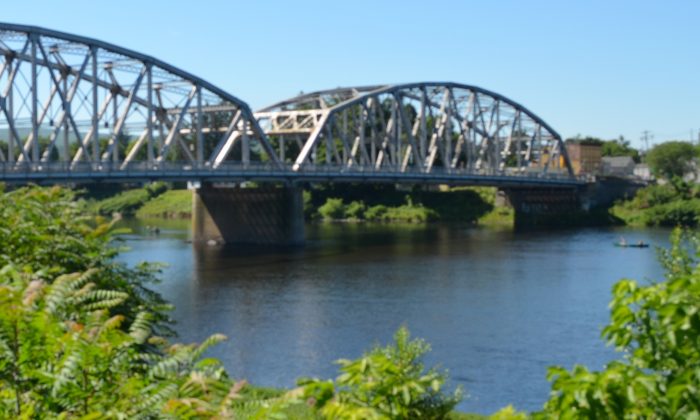 The city of Port Jervis is asking residents to use water more efficiently as reservoir levels remain below 50 percent.

“It’s a bad dry season; we just had intermittent rains,” the city’s Chief Water Plant Operator Scott Decker told The Epoch Times. “What really worries me is the forecast for rain, because if we don’t start watching it now and don’t get more rain to catch up later, then we will be really depleted before it’s too late,” he added.

Decker recommended water conservation practices such as watering lawns in the early morning or late evening, using a dishwasher and clothes washer only when they are fully loaded, and using low-flow shower heads and faucets.

Rainfall typically catches up in September and October, by the end of which Decker hopes the reservoir level will rise to around 70 percent, a safe level for the city to manage through the winter.

Then the melted snow will replenish the reservoirs for next year, he said.

The city works with the National Oceanic Atmospheric Administration on long-range weather forecasts. Decker hopes for more rain in fall, but too much rain at a time won’t be good either, he said.

“You can’t have it all at one time. The ground won’t soak it up and it’ll run off down the brooks and overflows as opposed to just doing the best for the ground the reservoirs themselves.”

Rainfall and snowmelt are two major sources of the city’s water reservoirs. A few connected ponds also supply water but to a much lesser extent, according to Decker.

The city draws water from three interconnected water reservoirs in a 3,000-acre watershed, two-thirds of which are owned by the city, according to the city’s 2020 water quality report.

The largest of the three is at Sparrowbush Brook, with a capacity of 292 million gallons. The other two sit on Buguenot Brook and Reservoir Road, with capacities of 209 million and 71 million gallons, respectively.

In 2020, the city’s highest single-day water distribution was 1.2 million gallons. That year, the city produced a total of 330.5 million gallons, according to the water report.

About a decade ago, the city had a yearlong drought, bringing down the reservoir level to 30 percent and completely depleting one reservoir. The city had to enact mandatory water restrictions and violators were fined, Decker said.

This year’s dry season affected a big portion of Hudson Valley and western New York; the drought also recently advanced down to Long Island, according to the New York Department of Environmental Conservation.