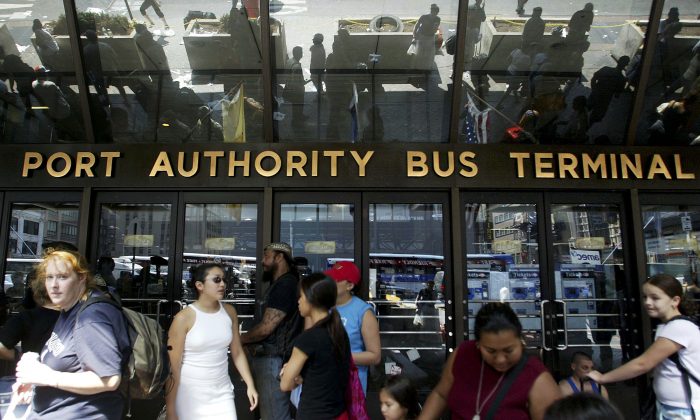 Multiple people have been stabbed at the Port Authority Bus Terminal in Manhattan, New York City on Tuesday night.

Emergency services said that paramedics arrived to the terminal, which is at Eighth Avenue and 42nd Street, around 8:50 p.m.

There is no word on what condition the victims are in, reported CBS.

Police are looking for a suspect described as a male Hispanic wearing fatigues, according to Pix11.

The bus terminal is just blocks away from Times Square, which is packed for a New Year’s Eve celebration.