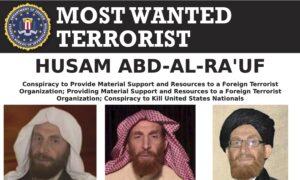 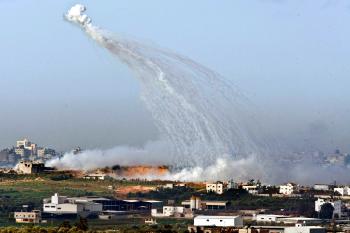 By Gidon Belmaker
Print
JERUSALEM—For five years now, the villagers of Bil'in, together with Israeli and international activists, have been conducting weekly protests against the security fence built by Israel near their village.

Marked by a creative approach and high profile in the media, this kind of protest—defined as “nonviolent”—is now spreading to other regions in the West Bank. It has even been adopted by the Palestinian Authority as a strategy for struggle.

In 2007, the Israeli High Court ruled that the existing route of the security fence between Israel and the West Bank should be changed. Last week, the groundwork started. A large protest numbering in the thousands is planned to take place this coming Friday to mark the success of Bil’in protesters. Before the fence was completed, protesters used to block construction machinery with their bodies, and stone throwing events are common.

According to Iyad Burnat, from the Bil'in Popular Committee, the protest against the fence was successful since it managed to convey to the world the message of the residents of Bil'in: the wall is not a security wall, it is a wall meant to annex land belonging to the villagers.”

“We did not trust the Israeli High Court, but we trusted our struggle,” said Burnat. “We believe in our way and we are right, we continue.”

According to Burnat, the protesters are always looking for new and creative ways for protest. Last week, they dressed up as characters from the movie Avatar.

“We convey our message quickly and show the violence of the Israeli soldiers when they attack the nonviolent protests and shoot people,” said Burnat.

Similar, yet less famous protests, are taking place in many other villages in the West Bank, in villages like Jouyoush, Ma'asra, Burin, and more. In some cases damage was done to the fence. The Israeli Defense Force’s (IDF) attempts to stop the demonstrations frequently resulted in injuries and in a few isolated cases, death.

In a speech given at the convention of the Fatah Revolutionary Council on Jan.16, Abbas called on senior Fatah figures to “go into the field” to participate in protests.

Others have also joined in the trend.

“Fatah will continue to support and take part in these tranquil demonstrations against the fence and the occupation in all the cities and villages,” said Tawfiq Tirawi, a member of the Palestinian Liberation Organization (PLO) Central Committee, according to a weekly report issued by the Intelligence and Terrorism Information Center, an Israeli NGO. Among the high-ranking officials who participated in protests like these in the last month are members of the Fatah Central Committee as well as cabinet ministers from the Palestinian Authority, according to the report.

In addition, the Palestinian Authority affiliated press has recently published many articles encouraging the continuation of the popular protest activity.

Last week, after an Israeli soldier was stabbed to death by a Palestinian policeman, the Palestinian prime minister denounced the attack and emphasized that the desired form of struggle is a nonviolent one.

“Our people are united behind popular protest against the settlements, the fence, and the settlers’ attacks,” said Fayyad, according to the Israeli media.

Palestinian President Abbas also made similar statements to the press.