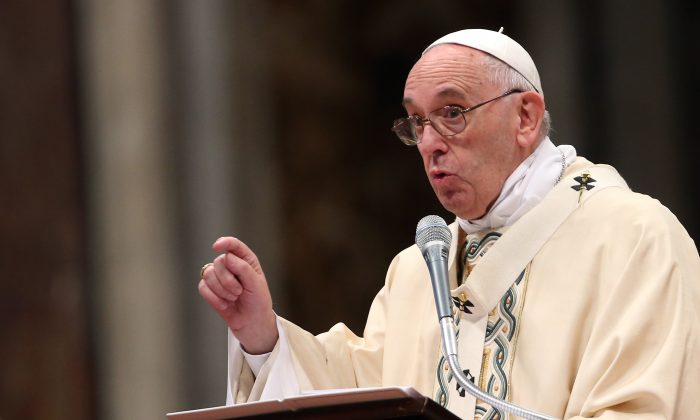 ROME—Pope Francis met on Wednesday with the parents of a U.S. college student whose body was found in Rome’s Tiber river this week, as police tried to establish if the teenager was murdered less than 24 hours after arriving in Italy for summer classes.

A brief Holy See statement said Francis expressed to Beau Solomon’s parents “feelings of deepest sympathy and compassion, and his closeness in prayer to the Lord for the young man who died so tragically.” The pope held the unscheduled, private encounter shortly before holding an audience with French pilgrims in a Vatican auditorium.

Solomon’s roommate has told school officials he last saw him early Friday at a pub popular with U.S. students in the Trastevere neighborhood of cafes, bars and restaurants near the Tiber.

The 19-year-old Solomon, who had just completed his first year of study at University of Wisconsin-Madison, had arrived in the Italian capital on Thursday for study at John Cabot University, a four-year, English-language institution not far from the pub.

The ANSA news agency said preliminary autopsy results indicated that Solomon had suffered injuries consistent with a fall. Police on Tuesday detained a homeless Italian man they described as being “seriously suspected of murder aggravated by futile motives.”

Solomon’s body was found on Monday a few kilometers (miles) down river from Trastevere.

A companion of the Italian, who lived in an improvised camp set up along the Tiber’s banks and near the base of one of the river’s bridges, has told reporters Solomon had descended stairs leading from another bridge, accompanied by some northern African men who she claimed had robbed him. Then, according to her account, her companion, identified by police as Massimo Galioto, 40, scuffled with Solomon. Some witnesses have told authorities the student was pushed into the river.

Solomon’s credit cards were used on Friday in Milan, and police are investigating whether other, still unidentified persons, had robbed him.

Across the river on the other bank, a summer-long fair, featuring food booths and artisans’ shops, has been drawing thousands of visitors nightly.

It was not clear at what time Solomon was spotted on the river bank.

Authorities hope an autopsy will determine cause of death, as well as whether Solomon was alive when he went into the Tiber.