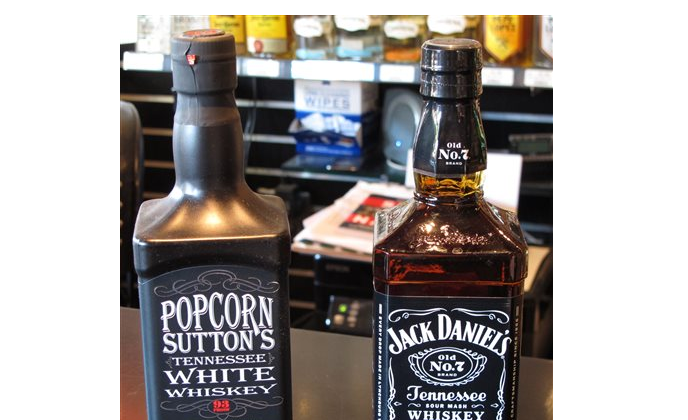 The owner of the Jack Daniels trademark filed a lawsuit in Nashville against J&M Concepts LLC, and Popcorn Sutton Distilling, LLC, reported the Tennessean publication.

“This is an action to redress defendants’ infringement [of] … federally- registered trademarks,” reads the complaint filed by Jack Daniels.

It added that “defendants’ unfair competition” is in violation of federal and state laws “arising from … marketing and sale of Defendants’ Popcorn Sutton’s Tennessee White Whiskey in a trade dress that is confusingly similar to the iconic trade dress for Jack Daniel’s Tennessee whiskey.”

Popcorn Sutton claims to carry on the tradition by moonshine-maker Marvin “Popcorn” Sutton, who recorded videos that have since been uploaded to YouTube on how to make moonshine. He also wrote a book, “Me and My Likker.”

Sutton committed suicide in 2009 rather than go to prison for making moonshine, which is illegal.

The suit also said that Jack Daniels is producing a moonshine-style whiskey with square bottles and its label.