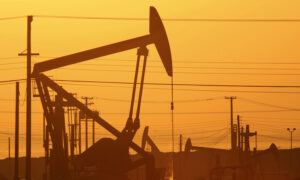 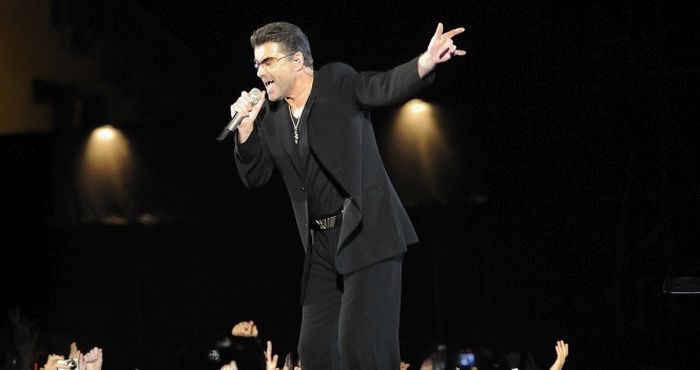 In this Monday, Dec. 1, 2008 file photo, George Michael performs at the Zayed Sports City Stadium in Abu Dhabi, United Arab Emirates, on the last stop of his 25 Live tour. (AP Photo/Carl Abrams)
US

George Michael’s moment of liberation followed what seemed at first to be a time of deep humiliation.

He was blessed with sensual good looks and an exquisite voice, attributes he used to become first a teenybopper heartthrob and then a mature solo artist with videos that played up his considerable appeal. He kept his own sexual orientation private, until he was arrested in 1998 for lewd behavior in Los Angeles.

Michael, whose death from heart failure at 53 was announced Sunday, struggled in his later years, fighting health issues and substance abuse problems. His voice remained golden—at times it seemed there was almost no limit to his range—but his behavior in public became ever more erratic.

Despite his great talent, he never found a niche for himself as a senior statesman of the rock world. His fans stuck with him despite it all, and many expected one more comeback. People rooted for Michael, even as they felt he was slipping away, giving in to his torment.

Michael shot to stardom at an early age in the teen duo WHAM! and moved smoothly into a solo career. It was a classic showbiz story—a lad named Georgios Panayiotou with strong Greek Cypriot roots takes the name George Michael and forms a band with Andrew Ridgeley that brings him wealth and worldwide fame.

Photos and videos from that era show Michael with long locks, piercing eyes and a show-stopping smile. He was made for MTV, which was emerging as a dominant force, and he had a powerful video presence, borrowing some of his dance moves from Elvis Presley and sometimes styling himself as a motorcycle rebel who would have made James Dean or Marlon Brando proud.

He seemed to be on top of the world when he graduated from WHAM! and started scoring his own hits, but later said he was struggling and remembers his late 20s as a very depressing period.

The AIDS crisis was hitting the gay community extremely hard at the time, and he lost one partner to the disease. He said it took him several years to recover.

“I felt almost like I was cursed,” he said. His mother also died soon after.

He was unsettled and unhappy and, at the same time, became that rare artist who enjoys both chart success and tremendous respect from his peers. He sold well over 100 million albums, walked away from awards dinners weighed down with trophies, and recorded duets with the giants in his field.

Reactions to the Death of Superstar George Michael

The long list of people who recorded with Michael includes all-time greats: Aretha Franklin, Ray Charles, Luciano Pavarotti and Elton John, for starters. Their willingness to share the spotlight was a sure sign of the way Michael’s talents were appreciated by fellow musicians.

Critics generally viewed his WHAM! songs as catchy but disposable pop and gave his solo efforts far higher marks. His first solo album, 1987’s “Faith,” sold more than 20 million copies, and he enjoyed several hit singles including the raunchy “I Want Your Sex,” which was boosted by a provocative video that received wide airplay on MTV.

The song was controversial not only because of its explicit nature, but also because it was seen as encouraging casual sex and promiscuity at a time when the AIDS epidemic was at its height. Michael and his management tried to tamp down this point of view by having the singer write “Explore Monogamy” on the leg and back of a model in the video.

His career was peaking, but a protracted legal dispute with his record company, Sony, took a toll.

As the hits slowed, he became better known for health scares and brushes with the police. He was fond of marijuana and prescription sedatives, a dangerous combination that had an effect on his driving. Several times he was found slumped over his car’s steering wheel, not moving.

Some made jokes about his erratic driving, but the underlying problems were serious. In 2010, his driver’s license was finally revoked for five years after he drove his Land Rover into the side of a Snappy Snap photo shop with so much force that his vehicle dented the wall.

A witty passer-by remembering Michael’s early career wrote the word WHAM on the spot his SUV had hit.

He was arrested a second time—this time in public toilets in North London in 2008 for drug use, an incident that prompted him to apologize to his fans and promise to get his life in order. He seemed to sense that he was wearing out his welcome with the public, offering an apology to everybody “just for boring them.”

Despite these personal setbacks, Michael’s musical performances remained strong even as his material moved farther from the teen tunes that first brought him to stardom.

The Telegraph newspaper in 2011 described a London concert appearance as an impressive event, calling his voice, “A rich, soulful instrument, it’s capable of serious emotional heft, expertly matching the confessional tone of his own material.”

He was straightforward about his reasons for first starting a ska band with Ridgeley and later forming WHAM!

“I wanted to be loved,” he said. “It was an ego satisfaction thing.”