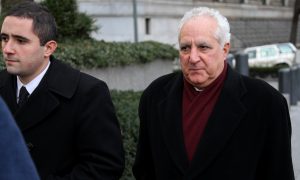 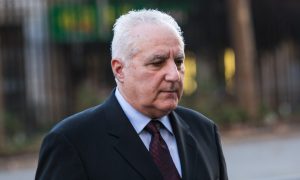 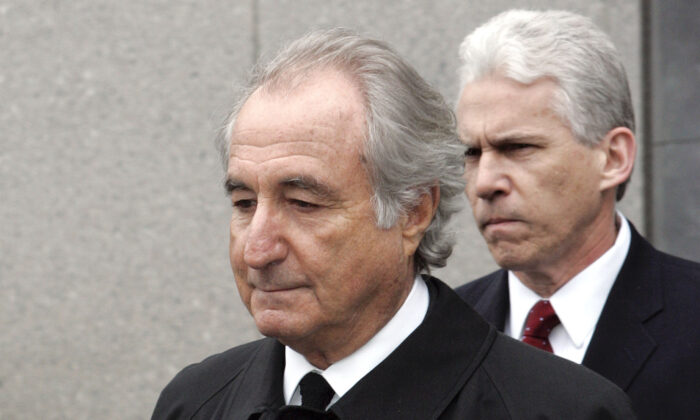 Bernard Madoff, the mastermind behind one of the largest Ponzi schemes in history, is terminally ill and is seeking compassionate release from prison to end his 150-year sentence.

Madoff, 81, asked a U.S. judge to release him early after serving just 10-and-a-half years of his term for running what prosecutors called a $65 billion Ponzi scheme, which was uncovered in December 2008.

His lawyer, Brandon Sample, said in a court filing on Feb. 5 that Madoff is dying of kidney failure and has fewer than 18 months to live. He added that he is confined to a wheelchair, often requires oxygen, and suffers from cardiovascular disease, hypertension, insomnia, and other chronic and serious medical conditions, Sample said.

“Madoff is experiencing complications, including acid build up, which causes muscle and joint pain, itching, and edema,” Sample’s filing to the U.S. District Court in Manhattan states. The former financier requires additional assistance for daily tasks including grooming, he said.

Madoff is perhaps the most prominent federal prisoner to seek “compassionate release” under the First Step Act, a bipartisan law signed by President Donald Trump in 2018 that lets some older prisoners end their sentences early, often for health reasons.

He had previously asked Trump to commute his sentence, but Trump had yet to act.

“Madoff does not dispute the severity of his crimes nor does he seek to minimize the suffering of his victims. Madoff has expressed remorse for his crimes,” Sample wrote in his motion. “Now, after over 10 years of incarceration and with less than 18 months to live, Madoff humbly asks this Court for a modicum of compassion.”

Madoff’s defense attorney said that a sentence which was “just and proportionate at the time of sentencing may become disproportionately severe based on changed circumstances, such as terminal illness,” according to the Daily Mail.

Circuit Judge Denny Chin will consider Madoff’s request for early release. At the time of his sentencing, Chin described his crimes as “extraordinarily evil” and as a kind of manipulation of the system that is “not just a bloodless crime that takes place on paper, but one instead that takes a staggering toll.”

Madoff is currently serving his sentence at FMC Butner, a federal prison in North Carolina.

“Bernard Madoff is a broken man, and had a lot of personal loss,” Sample said. “That’s not to diminish the impact of his crimes on his victims, but there are larger ideals at work when we consider whether to show compassion on someone in their final days.”

Sample said that if released, Madoff would most likely live with a friend, and spend the time he has remaining “with the few people left in this world who care about him.”

A spokesperson for the U.S. Attorney’s Office for the Southern District of New York told NPR they planned to file a response to Sample’s motion.