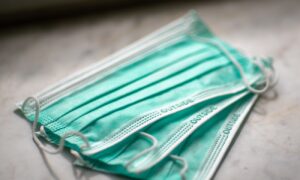 Former Secretary of State Mike Pompeo spoke about how the previous administration’s “America First” policy benefitted the world at the Conservative Political Action Conference in Orlando, Florida, on Saturday.

He stated that the “America First” agenda strengthened the nation’s freedoms and in turn benefitted the entire world.

Pompeo spoke about the Trump administration’s defense of America and Israel in the Middle East, and changes they made in certain policies that they were told were not possible.

“We were told that: ‘this is an establishment foreign policy.’ We were told that you can’t sanction the ayatollah in Iran and you can’t stop sending out pallets of cash to the leadership: ‘there’d be war.’ Well, we did. And there wasn’t war.”

“We were told you can’t move the United States Embassy in Israel to Jerusalem: ‘there’d be a war.’ Well we did, and there was not a war,” he continued.

Similar remarks about the Golan Heights were made by the former secretary of state, who then commented on the success of the Abraham Accords, which he said secured “real peace” in the Middle East.

“We were willing to go against the elites of the foreign policy establishment, both left and right, to secure American freedom and to champion your values. It’s unfortunate, looks like the new team, team Biden appears to be headed back into appeasing Iran. This will be a disaster for the United States of America and a disaster for the region as well,” said Pompeo.

Pompeo also criticized the Paris Climate Accord, calling it was a “job-destroying joke.”

“We all want clear safe drinking water, but the Paris Agreement was a fantasy for elite diplomats who just wanted to virtue signal.

“When President Biden re-entered this deal I can tell you that Xi Jinping was smiling every single minute. The American workers lost.”

After the Biden administration re-joined the Paris Climate accord on Feb. 19, some experts warned that China will take advantage of this to undermine the United States.

“President Trump sent me to Pyongyang when I was a CIA director to meet with Chairman Kim to prepare for the historic summit that was ultimately held in Singapore.

“You all remember this, we threatened fire and fury. We threatened fire and fury not to go to war but to deter it, and deter it we did. Since those summits, since those two summits one in Singapore one in Hanoi, the North Koreans haven’t tested a long-range ballistic missile and they haven’t tested their nuclear weapons, exactly zero tests have been conducted—that’s real foreign policy.”