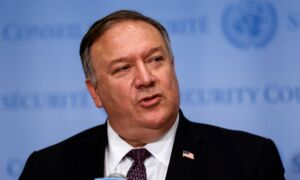 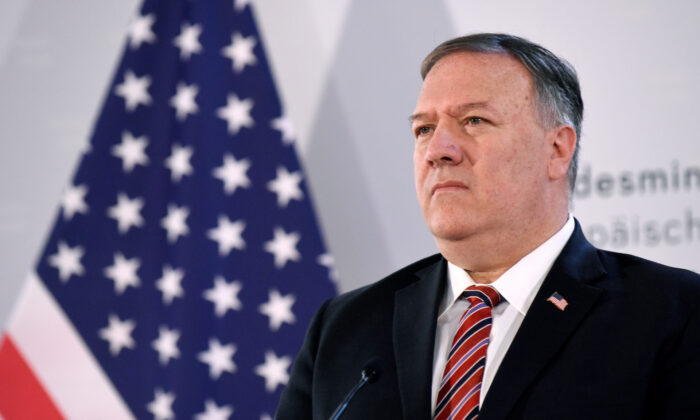 Secretary of State Mike Pompeo is cutting short a planned trip to Japan, Mongolia, and South Korea, at a time when U.S. ties with Beijing are at their worst in decades in the face of the coronavirus, which has now infected President Donald Trump and the First Lady Melania.

The visit, originally scheduled for Oct. 4 to 8, will now only include meetings with his foreign ministry counterparts from the “Quad” countries—Australia, India, and Japan—on Oct. 4 to 6 in Tokyo.

The visit is important to strengthen ties with regional allies on issues in the Indo-Pacific region, from China’s dealings with the coronavirus to trade issues, new national security legislation in Hong Kong, tensions in the South China Sea, and to stand up against Chinese efforts to bully its neighbors, unite by a shared responsibility to uphold the benefits of democracy, human rights, economic development, and security and people-to-people ties. Also is committed to the complete denuclearization of North Korea, the end of North Korea’s illicit ballistic missile programs, and the resolution of the abductions issue.

The Quad seeks to establish, promote, and secure Indo-Pacific principles, especially as Chinese tactics, aggression, and coercion increase in the region.  Recent discussions among the Quad have focused on building cooperation with, in, and among members on issues including maritime security, cyber and critical technology, infrastructure, counterterrorism, and the Mekong regional cooperation.

Pompeo’s visits to Ulaanbaatar, Mongolia, and Seoul, South Korea have been canceled and rescheduled for later in October, the department said in a statement.

Mongolia, a landlocked country of about 3.3 million people between China and Russia, sees an increasingly important need to strengthen its geopolitical partnership with the United States. Bordered exclusively by Russia and China, Mongolia describes the United States as its most important “third neighbor.”

The U.S. supports Mongolia’s efforts to strengthen its democratic institutions and human rights, including freedom of religion. “Mongolia’s democracy is a model for the region.” David Stilwell, assistant secretary at the department’s Bureau of East Asian and Pacific Affairs said on Travel Teleconference.

The Republic of Korea is a critical partner on regional and global issues, including combatting COVID-19, advancing peace and prosperity on the Korean Peninsula, and strengthening regional ties under the Indo-Pacific strategy, along with South Korea’s new southern policy.

On economic and people-to-people ties, the U.S. is the ROK’s second-largest trading partner and top foreign investor after Japan. The ROK is a major investor in the United States, stated in a special briefing on the secretary’s travel.

In a speech delivered virtually earlier to the Florida Family Policy Council, Pompeo said he was in good health but that he canceled his in-person appearance at the event “out of an abundance of caution.” He said he still planned to go to Asia.