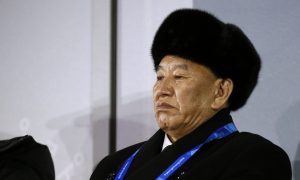 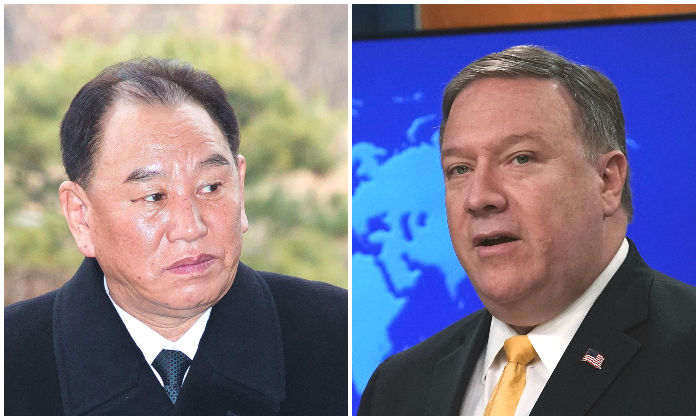 Secretary of State Mike Pompeo will meet North Korea’s vice chairman, Kim Yong Chol, in New York City on May 30 and 31, according to a State Department spokesperson.

Pompeo and Kim will discuss preparations for the expected summit in Singapore between President Donald Trump and North Korean leader Kim Jong Un.

Kim Yong Chol was the head of North Korea’s spy agency for seven years before becoming vice chairman of the central committee in 2016.

The New York meeting takes place as additional meetings are expected between Washington and Pyongyang delegations in the demilitarized zone in North Korea.

The White House officially confirmed on Tuesday that the U.S. representatives holding talks in North Korea are Sung Kim, ambassador to the Philippines, Allison Hooker, the director for Korea for the National Security Council, and Randy Schriver, the assistant secretary of defense for Asian and Pacific security affairs.

Meanwhile, in Singapore, an advance team led by White House Deputy Chief of Staff Joe Hagin is coordinating logistics for the planned summit on June 12.

Last week, President Donald Trump informed Kim Jong Un that he was canceling the June 12 summit due to inflammatory rhetoric emanating from North Korea. Despite walking away, Trump left the door open and North Koreans issued a measured statement expressing the willingness to continue talks. In the days that followed, Trump said that the summit may still take place as scheduled.

“We have put a great team together for our talks with North Korea,” Trump wrote on Twitter on Tuesday. “Meetings are currently taking place concerning Summit, and more. Kim Young [sic] Chol, the Vice Chairman of North Korea, heading now to New York. Solid response to my letter, thank you!”

North Korea has made several major concessions ahead of the planned summit. Pyongyang released three American hostages, blew up its only nuclear testing site, and committed to the goals of peace and denuclearization.

Trump and Pompeo have both promised North Korea a bright and prosperous future should its leader abandon nuclear weapons. The communist regime is destitute amid crippling sanctions spearheaded by Trump.

“I truly believe North Korea has brilliant potential and will be a great economic and financial Nation one day,” Trump wrote on Twitter on May 27. “Kim Jong Un agrees with me on this. It will happen!”

Kim Yong Chol was part of the North’s delegation to the closing ceremony of the 2018 Winter Olympics in South Korea; he joined Kim Jong Un in both of his two meetings with South Korean President Moon Jae-in in April and May; and hosted Pompeo when he visited Pyongyang most recently early this month.

During his tenure as a senior intelligence official, Kim Yong Chol was accused by South Korea of masterminding deadly attacks on a South Korean navy ship and an island in 2010, and was linked by U.S. intelligence to a cyber attack on Sony Pictures in 2014. North Korea denied any involvement in the attacks.