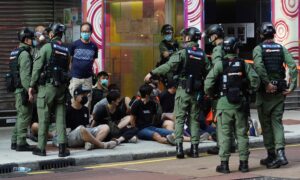 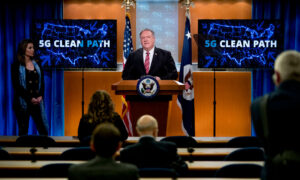 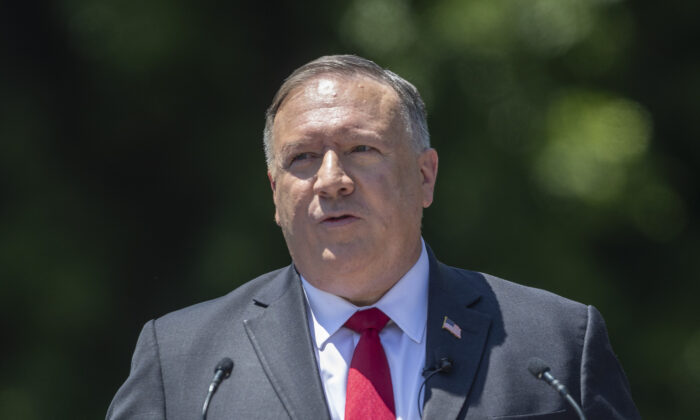 U.S. Secretary of State Mike Pompeo delivers a speech on communist China and the future of the free world at the Richard Nixon Presidential Library in Yorba Linda, Calif., on July 23, 2020. (David McNew/Getty Images)
China-US News

Secretary of State Mike Pompeo called out the Hong Kong government on Sept. 8 over its recent actions that curtailed the city’s basic freedoms.

“Democracy, respect for fundamental freedoms, and government accountability to the people are the best paths to stability in Hong Kong—not draconian efforts to limit free expression, delay elections, and restrict travel,” Pompeo wrote on his Twitter account.

Pompeo’s concerns came days after the Hong Kong police arrested at least 289 locals this past weekend from the site of street protests against a decision by the Hong Kong leader to postpone elections for the city’s legislature by a year. The elections were originally scheduled to take place on Sunday.

Among those arrested on Sunday was a 12-year-old girl, whose mother said she was not protesting and only outside to buy stationery. Online videos of the police tackling her to the ground have reignited outcry over police violence.

Hong Kong leader Carrie Lam called off the elections in July over concerns that gatherings of voters would aggravate the spread of the CCP (Chinese Communist Party) virus, commonly known as the novel coronavirus. Critics have argued that Lam suspended the elections out of fear that the opposition would likely score a victory against the pro-Beijing camp.

An opposition victory would be a vote of no confidence against Beijing’s policies in Hong Kong, in particular the controversial national security law that went into effect on July 1.

They also expressed worries that “a range of legitimate activities” would be redefined as secession—a crime punishable by life imprisonment under the new law.

On Aug. 23, 12 Hongkongers on a boat were arrested by mainland Chinese authorities after the vessel was intercepted off the coast of southern China’s Guangdong Province. Hong Kong media reported that they were heading to Taiwan to claim political asylum.

Also on Tuesday, Hong Kong police announced on its Facebook page that 10,016 people had been arrested from the start of the ongoing pro-democracy movement last June to Sept. 6. Among those arrested, 2,210 have been charged, for crimes such as “rioting” and “illegal assembly.”

Lam’s handling of the pro-democracy protests and the CCP virus outbreak was poorly received by locals. In the latest poll by the Hong Kong Public Opinion Research Institute, when 1,007 people were surveyed between Aug. 31 and Sept. 4, her approval rating stood at 28.1 percent—down from 44.7 in May 2019.

Lawmakers from the United States and Europe have voiced concerns about recent developments in Hong Kong.

German politician Nicola Beer, who is also a member of the European Parliament, wrote on her Twitter account that the Hong Kong election postponement was “unacceptable, anti-democratic and unlawful.”

British MP Stephen Kinnock called on the UK government to hold an independent inquiry into “[Hong Kong] police brutality,” following the arrest of the 12-year-old girl.

“The people of #HongKong are sending a clear message to Communist China,” U.S. Sen. Rick Scott (R-Fla.) wrote on his Twitter following the Sunday protests in Hong Kong.