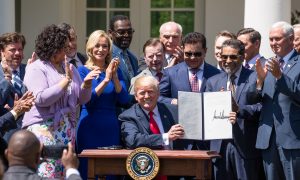 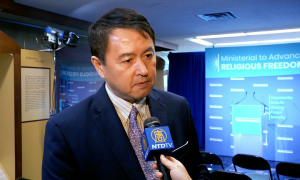 The First Ever Ministerial to Advance Religious Freedom Inspires Hope
0 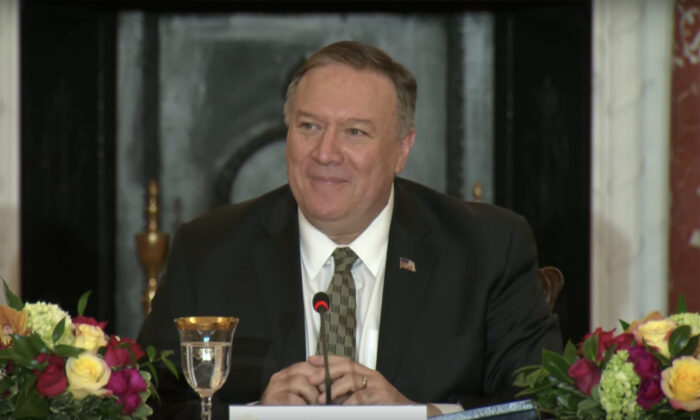 Secretary of State Mike Pompeo at the launch of the International Religious Freedom Alliance at the State Department in Washington, D.C. on Feb. 5, 2020. (Screenshot/Department of State)
Politics

Secretary of State Mike Pompeo announced on Feb. 5 the official launch of the International Religious Freedom Alliance (IRF Alliance), a global network formed to continue the fight for religious freedom around the world.

“Defending the right of all people to live their lives according to their conscience is one of this administration’s top priorities,” Pompeo said.

The IRF Alliance has been long in the making. Pompeo first mentioned the alliance during the Ministerial to Advance Religious Freedom in July 2019, and President Donald Trump also mentioned it during an event he hosted in September at the United Nations on religious freedom.

The declaration outlines various commitments participating countries are asked to uphold, such as being “committed to taking a human rights-based approach to advancing [Freedom of Religious Belief].”

The declaration also includes “priority areas of action,” which lay out how to respond and take action to encourage religious freedom. Actions include placing sanctions, advocating on behalf of individuals who are imprisoned or persecuted due to religion or beliefs, promoting diversity, and tolerance, among many others.

A senior State Department official said, during a press briefing held prior to the official launch: “You’ve heard this administration speak about religious freedom. We see it as fundamental and one that you can really build and expand the other human rights off of. If you get this one wrong, other human rights tend to deteriorate as well. This is a really key one.”

During the official launch, Pompeo explained that more than 8 in 10 people in the world today live in places where they aren’t allowed to freely and safely practice their faiths. He emphasized the need to create a combined effort to address the increasing violence against religious groups, listing recent and continuing instances of persecution and violence around the world.

“I met with leaders from the Orthodox Church of Ukraine, who are fighting to worship freely without interference from Russian government,” he said.

The Chinese Communist Party’s persecution of Uyghurs was cited at both the press briefing and official launch as a prominent example of ongoing religious persecution.

“We condemn blasphemy and apostasy laws that criminalize matters of the soul,” he said. “We condemn the Chinese Communist Party’s hostility to all faiths. We know several of you courageously pushed back against Chinese pressure by agreeing to be part of this Alliance, and we thank you for that.”

Pompeo also urged leaders in Belarus and Uzbekistan to continue their efforts to increase religious freedom in their countries.

As part of the launch, Pompeo announced that Poland will host the next Ministerial to Advance Religious Freedom in Warsaw, from July 14 to 16, while Columbia was picked to host the first regional ministerial in South America, in March 2020.