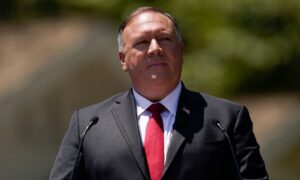 Pompeo Speaks on How to Deal With China and CCP
0 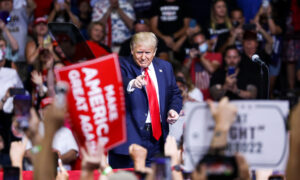 The Democrats, Not the Republicans, May Face Reconstruction After This Election
0 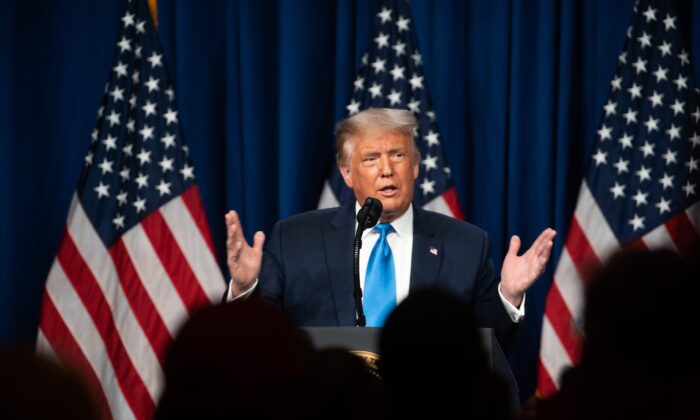 Polling of the Presidential Race Misleads

Though without qualifications as a poll-taker, I am a very experienced poll-reader and was formerly the co-owner of newspapers in 30 states of the United States. I do not think that the current and recent polling indicating that Democratic presidential nominee Joe Biden over President Donald Trump are accurate.

It isn’t surprising that in this political climate of extreme division and hostility between the president’s followers and his opponents, there is some reticence to be forthcoming.

Because of the biases of some of the polling organizations, they are effectively Democratic Party fronts; they may be conscientiously administering their polls but the echelon of the public consulted is certain to produce a result favorable to the candidates that they favor. In this category are, among others, Vox, Politico, Quinnipiac, and Monmouth.

Because there remains a gap of 10 to 12 points in the level of support received by Trump between Rasmussen, which gives him 51 percent support and was one of the few polling organizations reasonably accurate four years ago, and the pro-Democratic polling organizations, the blended average of the polls is skewed and is tilted itself since all polls are given equal weighting, a result that compounds the inaccuracies of most of its constituent polls.

While the Democrats and their media supporters have attempted to separate that party’s candidates from the policy platform underneath them, the Republicans can presumably be relied upon to remind the voters that however resistant Biden may be to being considered an extremist, he’s pledged to the full Green Terror, huge tax increases, restoration of a full shutdown of the economy until the virus is completely eliminated (impossible without a very effective vaccine), opposition to all but state schools and all power to the slothful and corrupt teachers’ unions, restoration of the Iranian ability to become a nuclear military power in five years, and a cornucopia of other programs that the public don’t support but the radical left within the Democratic Party do.

The fact that the Democrats at their convention didn’t mention the challenge from China, which all polls show the country as a whole recognizes, and that there was no mention of the extensive urban violence that has plagued the United States this summer, indicate how fragile the apparent Biden lead in the polls is.

The great majority of Americans, including African Americans, strongly disapprove of the level of street violence that there has been in many American cities for much of the summer. All of these cities are governed by Democratic mayors; many of them are African American mayors, as are many of the police chiefs.

The tired narrative of “systemic racism” is not really believed by most people and doesn’t deserve to be believed. It is the default position of African American extremists acquiesced by those who do not have the energy to argue with them. Yet all of this is going to land in the lap of the Democratic candidate since that party showed itself in its convention to be incapable of putting any distance between it and the further fringes of racial politics. The Democrats have not really condemned mob violence.

The polling on the issue of the president’s job approval has, unavoidably, been a test of voter contentment through six months of the most dangerous public health challenge in a century, followed by the consequences of the economic response to that challenge, and accompanied by the heaviest and most prolonged outburst of urban violence in America in more than 50 years.

In these circumstances, the question of the president’s approval necessarily becomes a referendum on the current state of contentment of the voters. This couldn’t be otherwise and it could not possibly produce a particularly positive result.

But as the public health crisis and the resulting unemployment levels decline, and the Republican campaign requires that the Democrats address the questions of the response to China and more intimately, their attitude to the rioters, who have generally abandoned the pretense of being peaceful protesters seeking racial equality and have revealed their true character as violent anti-white Marxist urban guerrillas, the ability of the Democrats to maintain this straddle will be severely tested.

Under any scenario, polling will quickly evolve from a referendum on the president’s performance to a choice between two contestants for the highest office.

As is often the case in politics, predictions must largely be based upon intuition, and by this criterion, I suspect that the relentless and wildly excessive campaign of defamation of the president may begin to backfire.

Both Sen. Bernie Sanders and former President Barack Obama advised followers at the Democratic convention last week that Trump must be removed to prevent the success in the United States of those who, in previous generations, U.S. servicemen and women had died to defeat. This was an indirect assimilation of the constitutionally elected leader of the United States to the Nazis and other unsavory foreign elements.

Dense though the ranks of Trump-haters are, the majority of Americans must by now be tired of the presentation of their president as a person of satanic evil and primitiveness. And this appears to be the only Democratic device to distract attention from the socialist authoritarianism of their program.

They hear, see, and speak no evil of China abroad or of urban guerrilla terrorists at home, and ask the voters to trust them as the only means of emancipating the country from the satanic wickedness of the incumbent.

None of this will work: The public wants to know what the Democrats are going to do about the main issues, and they are tired of pap about George Floyd, tragic though his death was. The canary in the mineshaft who has conveniently died to warn everyone of developing trends are the Never Trumpers.

Sen. Mitt Romney marching in the Black Lives Matter demonstration, and former Ohio Gov. John Kasich standing absurdly at a crossroads in the grass and trying to justify the desertion of his party because of the iniquity of its leader are dead canaries, asphyxiated by the toxicity of their own betrayals.

It has been a part of Democratic strategic dissembling to claim that Biden is riding a bandwagon with a heavy lead toward an almost inevitable victory. This is a reasonable election tactic, but it’s bunk. There is plenty of room to dislike Trump, but not with the frenzied nastiness of the Obamas and Sanders.

And nothing less than such a campaign of hysterical vilification will distract the country for long from the fact that Biden and Harris are an ambiguous and unconvincing tandem atop a policy engine that is an affront to the intelligence and the interests of most Americans.

Conrad Black has been one of Canada’s most prominent financiers for 40 years, and was one of the leading newspaper publishers in the world. He’s the author of authoritative biographies of Franklin D. Roosevelt and Richard Nixon, and, most recently “Donald J. Trump: A President Like No Other,” which is about to be republished in updated form.