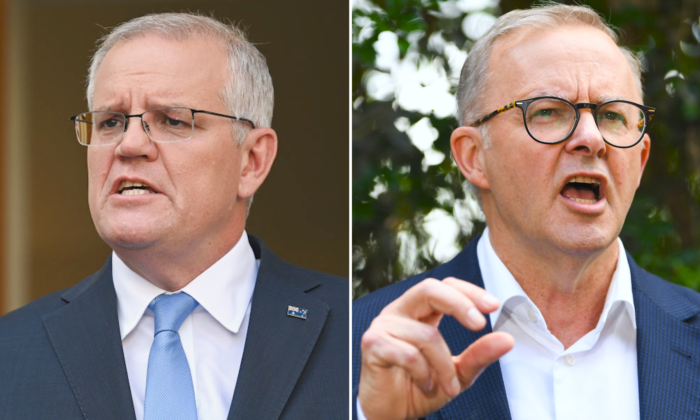 Polling Not a ‘Crystal Ball’ Into the Future of the Country

'50 byelections': election to be fought seat by seat, state by state
By Daniel Y. Teng

Political polling, the dominant force behind much of the Australian news cycle—which has ended the careers of four prime ministers over the last decade—should only be a “temperature read” and not the primary driver behind policy, according to a former deputy campaign director for the Australian Labor Party (ALP).

Kosmos Samaras, the now-director of the RedBridge Group based in Melbourne, Victoria, says polling can be “demographically blind” and not consider linguistic and cultural differences—an issue pertinent to many city-based electorates where high numbers of overseas-born individuals reside.

“There will be some communities that just won’t engage in polling because of cultural nuances and a distrust of the state political apparatus because of where they come from,” he added.

Samaras suspects that polling has become an institution in the political and news cycle because of the way it has been “marketed over the last 20 years,” adding that he did not think it was “healthy” for democracy.

“The problem we have is the media, in general, try to report and project polling as some crystal ball of a current election result … I don’t think it is healthy,” he said.

Australian political polls—typically backed by media outlets—survey samples of around 1,000 to 2,000 individuals (out of a population of 25 million) and rely heavily on phone calls to a curated database—for News Corp’s Newspoll, this has since shifted entirely online.

The methodology proved problematic in the lead-up to Prime Minister Scott Morrison’s surprise 2019 May election victory, where preceding polls and media commentary predicted a loss for the centre-right Coalition leader.

At RedBridge, Samaras says the team uses a combination of automated polling and interviewing and works to ensure samples match the demographic and geographic spread of an electorate—while avoiding bias for any political party.

The team builds an overall picture by piecing together localised polling on the ground.

Samaras said his team describes the current federal election as “50 by-elections,” a mishmash of different issues pulling and influencing voters in all directions. For political parties, the contest will be fought and won “seat by seat, state by state.”

“For example, in Bennelong, the centre-left Labor Party looks like it might win that seat. But then it might lose Gilmore for different reasons,” he said.

A seat like Bennelong in the northern parts of Sydney has a high proportion of new migrants and Chinese speakers, it is also undergoing gentrification, which is changing the demographic and voting habits of the population.

Whereas, Gilmore on the southern coast of New South Wales is seeing a demographic shift towards an older and lower socio-economic voting base, where healthcare could be a big issue.

Meanwhile, wealthier and younger inner-city voters in Sydney and Melbourne were particularly concerned with climate change, which could spell trouble for key Coalition MPs fighting hard against left-leaning “independents” backed by the Climate 200 group—who are promising to push for stronger action on climate.

At the same time, the outer suburbs of the major cities and regional areas were still reeling from the “pain” of COVID-19 lockdowns.

“In some electorates, we are seeing people who have historically voted Labor but have been hurt quite severely by the pandemic lockdowns and are opting for minor parties,” he said.

However, the cost of living was the “numero uno” of issues concerning voters, particularly after the Reserve Bank of Australia lifted interest rates to 0.35 percent on May 3, the first increase in a decade.

According to Samaras, there was a “massive groundswell for change,” but even voters themselves “seriously doubt” politicians could enact real change.

“That’s more of a problem for the major parties to prove to the electorate that they can address some of these issues,” he said.