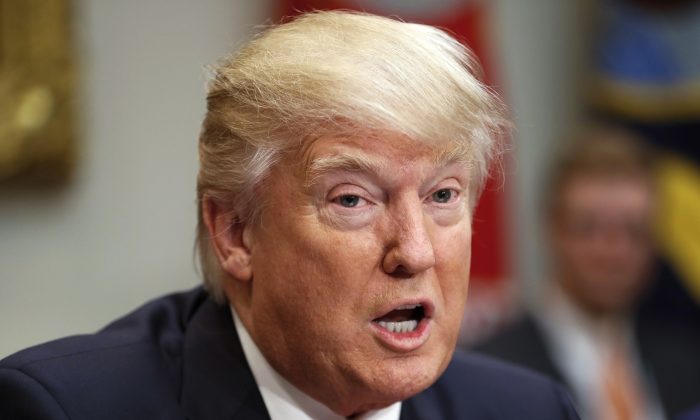 “Voters are more supportive of Trump’s first nominee to the U.S. Supreme Court than they were initially for either of President Obama’s choices,” Rasmussen said in another report, with 86 percent seeing Judge Neil Gorsuch’s confirmation by the U.S. Senate as likely.

Rasmussen has a margin of error of 2.5 percentage points and a 95 percent level of confidence.

As with predictions of the outcome of the election before Nov. 8, Trump’s approval rating polls might not be entirely accurate, as Politico noted.

“Traditional phone polls that use live interviewers—including some of the most trusted polls in politics and media—report limited support for Trump and the controversial executive orders he’s signed. But automated phone and Internet-based surveys tell a different story. Once the element of anonymity is added, the president’s approval ratings suddenly look a lot better,” Politico reported on Friday.

“Any negative polls are fake news, just like the CNN, ABC, NBC polls in the election. Sorry, people want border security and extreme vetting,” he tweeted in the early morning.