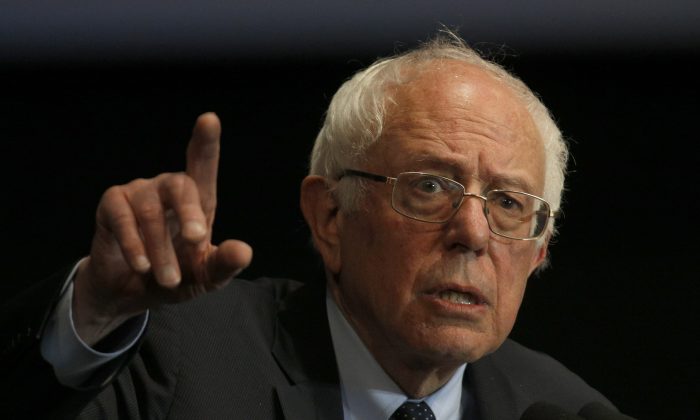 Bernie Sanders has finally caught up, and overtaken, Hillary Clinton in Iowa, a little more than a week before the caucuses start.

In the same poll in late December, Clinton had a 54 to 36 advantage over Sanders. The poll was conducted with 280 likely Democratic voters in Iowa between Jan. 15 to 20th.

Sanders has also led Clinton in New Hampshire for some time, and the averages of various polls show that the Vermont Senator has a double-digit advantage in that state, according to Real Clear Politics.

“From this ad it seems black lives don’t matter much to Bernie Sanders,” Brock told the Associated Press.

Clinton has been in a tough spot lately. The FBI has recently expanded their investigation of Clinton’s use of private email servers during her tenure as Secretary of State, and there are allegations that she used unsecure servers to process emails that had “above top secret” information on them.

During the Democratic debate last week, the most searched for Clinton question on Google was whether she would be prosecuted.

Clinton still has a double-digit lead over Sanders among Democrats nation-wide.