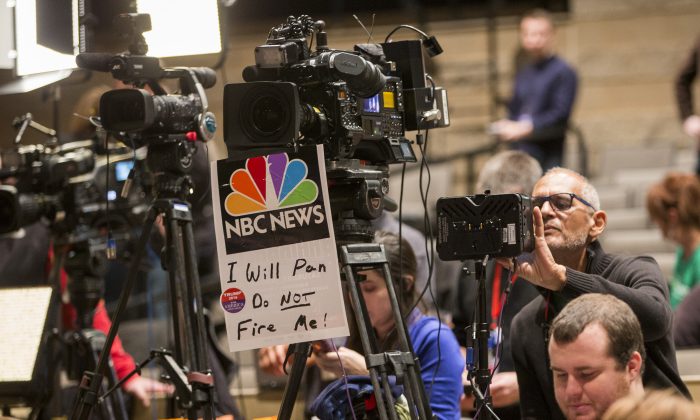 Members of the media set up prior to Republican presidential candidate Donald Trump speaking at the Bridge View Center in Ottumwa, Iowa on Jan. 9, 2016. Trump has repeatedly talked about media bias during his campaign for the White House. (Aaron P. Bernstein/Getty Images)
2016 race

A new poll released on Nov. 15—a week after Election Day—has revealed that most voters saw the news media as biased.

The poll, carried out by the conservative-leading Media Research Center in tandem with YouGov, showed 69 percent of “voters do not believe the news media are honest and truthful” and 78 percent also “believe the news coverage of the presidential campaign was biased, with nearly a 3-to-1,” with some 59 percent believing news outlets favored Hillary Clinton over Donald Trump. Twenty-one percent of respondents thought the media favored Trump.

YouGov said that 2,006 voters responded to the poll, which was undertaken between Nov. 9 and Nov. 10.