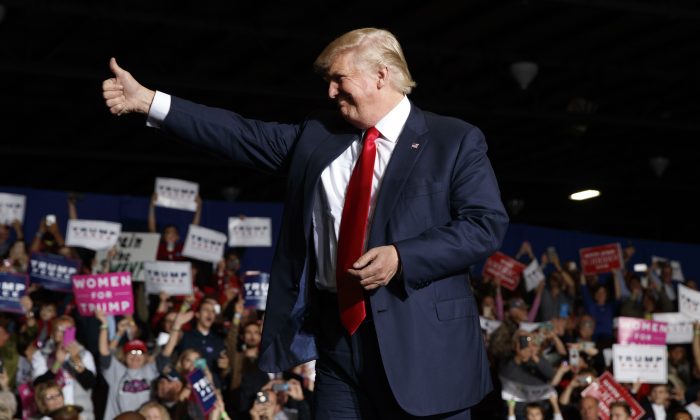 A new poll suggests that more Americans are warming up to the presidency of Donald Trump, but fewer think he’s doing an adequate job in handling the presidential transition.

About 53 percent think Trump will do “a very or fairly good job as president,” the CNN/ORC poll on Tuesday says. About 40 percent said that they have “a lot” of confidence in the president-elect’s abilities to deal with the economy—which is higher than that surveyed of former presidents Barack Obama, George W. Bush, Bill Clinton, or Ronald Reagan ahead of their respective Inauguration Days.

Some 46 percent of respondents approve of his handling of the transition, while 45 percent disapprove, the poll said. “Those marks are well below approval ratings for Obama, Bush or Clinton during their transitions to the presidency,” the poll said.

The CNN/ORC poll noted that 47 percent have a favorable view of Trump and 50 percent view him unfavorably.

Pollsters interviewed 1,003 adult Americans via telephone between Nov. 17 and Nov. 20. The margin of error is plus or minus 3 points.