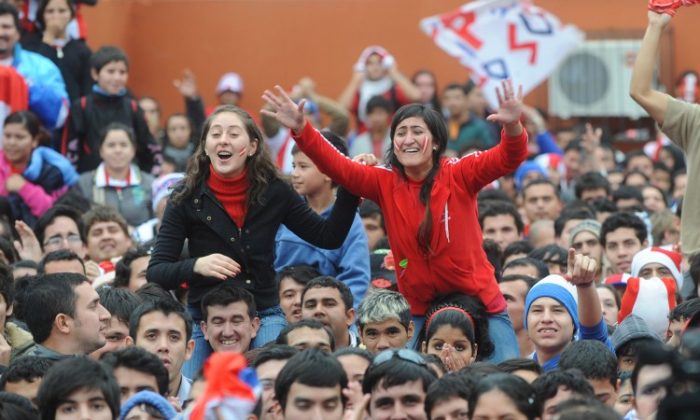 Poll: Latin America Most Positive in the World

A recent Gallup poll shows that Latin America is by far the happiest region in the world. Eight out of the top 10 most positive countries in the world are in Latin America, with Panama and Paraguay leading the list.

The poll, which was published on Dec. 19, measured people’s positive emotions in 148 countries by asking them five questions about how much enjoyment they had the day before, whether they felt respected, learned something interesting, laughed and smiled a lot and felt well rested.

“The average percentage of respondents worldwide who said “yes” to these five questions reflects a relatively upbeat world,” said a release by Gallup.

The two other, non-Latin American countries, in the top-ten list are Thailand and the Philippines.

Singaporeans, Armenians, and Iraqis gave the most negative responses. In Singapore, only 46 percent responded ‘yes’ on average to Gallup’s questions, while 49 and 50 percent of people in Armenia and Iraq responded “yes,” respectively. Georgia, Yemen, Serbia, Belarus, Lithuania, Madagascar, and Afghanistan, were next in line.

Gallup cited a study saying that higher income does not necessarily indicate well being. In the United States, “income only makes a significant impact on daily positive emotions when earning up to $75,000 annually,” it said.

“These data may surprise analysts and leaders who solely focus on traditional economic indicators,” Gallup stated. “Residents of Panama, which ranks 90th in the world with respect to GDP per capita, are among the most likely to report positive emotions.”

“Residents of Singapore, which ranks fifth in the world in terms of GDP per capita, are the least likely to report positive emotions.”

In response to the latest poll, Gallup noted that more countries need to implement a “holistic approach to progress” rather than by just using purely economic indicators.