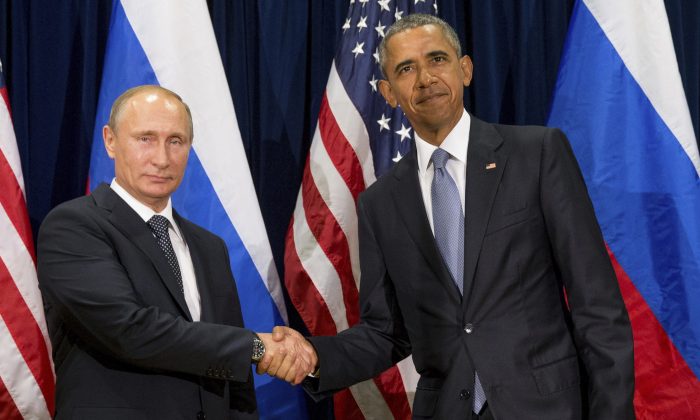 A new poll has found that about a third of American voters believe Russia influenced the 2016 election.

The poll, carried out by Politico/Morning Consult, was carried out last week, surveying 2,000 voters between Dec. 15 and Dec. 19—following bombshell claims made by unnamed CIA officials in media reports. They alleged that Russia-backed hackers targeted Democrats to sway the election in President-elect Donald Trump’s favor.

For his part, Trump has dismissed the allegations as “ridiculous,” while the Kremlin denied the claims. WikiLeaks operative Craig Murray, a former U.K. ambassador, meanwhile, said his sources were Democratic Party insiders who were dissatisfied with Hillary Clinton. Julian Assange also said that Russians were not the source of leaked emails the anti-secrecy organization published throughout the election.

The Politico survey found that more Americans trust the CIA and the FBI more than President-elect Trump or President Barack Obama.