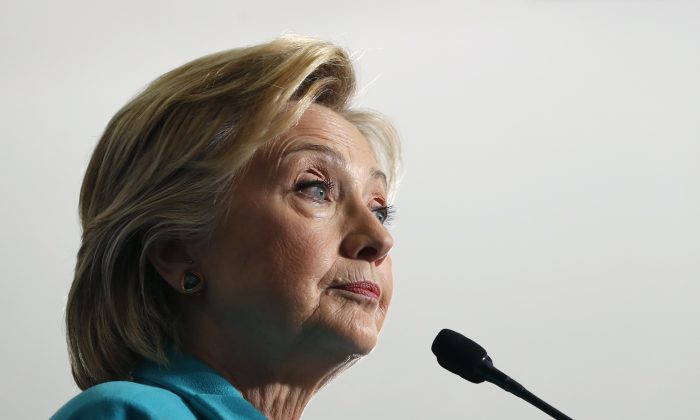 A new poll has found that 62 percent of Democrats do not want to see Hillary Clinton run for president, while only 23 percent indicated they would be “excited” to see her try again.

In the Suffolk University/USA Today poll, About 66 percent of respondents were “excited” about Vermont Sen. Bernie Sanders running for president, and about 43 percent said they felt the same about Vice President Joe Biden. Another 34 percent said they were excited about Massachusetts Sen. Elizabeth Warren running.

The number one response of the survey, however, was “someone entirely new” at 66 percent.

In another question, 39 percent of respondents said First Lady Michelle Obama should run in 2020.

About 62 percent of people surveyed in the poll said Congress and the new Trump administration should investigate whether Russia hacked to sway the election. About 33 percent said they should not in the poll.
The Suffolk University/USA Today poll surveyed 1,000 adults between Dec. 14 and Dec. 18, with those who identified as registered voters. There is a margin of error of 3 percentage points.