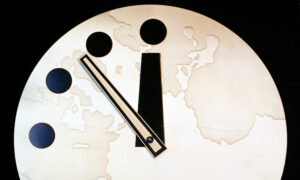 Living in an Age of Pandemics: Is COVID-19 a Blessing in Disguise?
0

War and Plague: Who Should Be Treated?
0 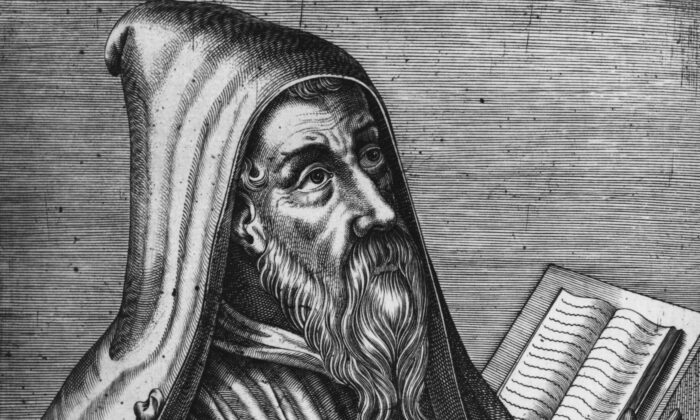 Among his many works, Augustine of Hippo (354–430) wrote two books about lying, “On Lying” (De Mendacio) and “Against Lying” (Contra Mendacio). (Hulton Archive/Getty Images)
Viewpoints

Politicians and Their Lies

All politicians lie, it seems. But what is a lie and what do we mean when we charge a politician with lying? And how do we respond to their false and misleading statements?

When he was in preschool, my son and his friends would tell each other tall tales about monsters who threatened them. Sometimes the tale was too tall, and another boy would express skepticism. The teller of the tale would respond with indignation, exclaiming “For real! For real!” The boys knew many fairy tales and that they were not true in any literal sense. But they insisted that their story was factually true.

At that age my son also had a way of relating with his best friend that we might, but they did not, call bullshitting him. One day, driving with my son’s friend and his mom to day care, my son spotted the fading moon in the morning sky and told his friend that it was the sun. The other boy insisted that it was the moon and not the sun. He became increasingly frustrated and upset with my son, who kept repeating that it was the sun. Both bullshitting and calling each other on it are part of the way boys relate to each other and, in many cultures and subcultures, men as well. Maybe—among anglers at least—in all cultures.

Politicians and Their Lies

Search any prominent political leader online, add the word “lies” after his or her name, and you will see a list of alleged lies. From the lists, it’s not easy to discern what a lie actually is. Items may range from a mistake to a difference of opinion about a policy, to an empty promise made during an election campaign but not kept, an economic prediction that doesn’t materialize, and so on. Or it may be a boast, or a joke. It seems that all these cases involve a false or misleading statement.

The Washington Post has a fact-checking team that talks not of lies but of false and misleading statements. But it uses a scale of one to four “Pinocchios” to rate the statement, referring to the fictional boy who told lies.

Accusations of lying are standard fare in politics. According to the Washington Post, President Donald Trump made 16,241 false or misleading claims in his first three years (the running total now reaching 19,127). That a newspaper, once of good repute, would devote itself to such an enterprise suggests an organization that has lost its way. It seems to say more about the paper than the president. A team that is so obsessive is surely missing something, about the president and about the nature of lying.

Fox News host Tucker Carlson commented that the Washington Post’s anti-Trump project is reminiscent of some baseball fans’ obsession with statistics. His view is that what upsets liberals is not Trump’s lies but his telling the truth—saying things that are true but not supposed to be mentioned in polite society. But Carlson starts out acknowledging that Trump lies and gives as example his boast of having the biggest crowd ever at his inauguration.

That is, Carlson accepts the view that a false or misleading statement is by definition a lie.

But the kind of brag Trump is famous for is not, or not necessarily, a lie, according to Augustine, who wrote about the nature of lying in the late fourth and early fifth centuries. According to his view, a lie involves the speaker’s knowing that what he asserts is false and saying it with the intent to deceive. You must know what you say is false and must intend to deceive.

If Trump is a “compulsive liar,” as a friend said, he’s not a very good one. His many false statements do not deceive even his supporters, who are amused by them, much less his opponents who find them infuriating.

Recent promotions of coffee mugs adorned with Trump-like phrases for Mother’s Day (and the equivalent for Father’s Day) capture the spirit of many. A typical example: “You are a great, great mom! Very beautiful, really terrific. Other moms? Losers! Total disasters! Ask anyone, they all know. Everyone agrees, believe me.” Praising mothers on their day in extreme terms, for instance as the “best mom in the world,” is ubiquitous. No one demands to know how you arrived at that conclusion, how big your sample size was, and what criteria you used. And no one sees the claim as a lie.

In many cultures, saying “Your mother …” and nothing else is enough to start a fight. But a slightly more elaborate greeting, “How’s your wife and my kids?” may be taken as a joke, intended to make the speaker feel good or to annoy or irritate the man it’s addressed to, who may respond with a more elaborate insult of his own. Or, as in angling, it may be understood as a brag that no one is expected to believe. Truth or falsehood is not the point.

Speaking of his father’s role in World War II, one commenter on a Facebook thread noted of Trump: “This guy talks like my Dad. I’m familiar with the uses and abuses of BS from an early age. My Dad did not single-handedly liberate the Philippines, but he was in the Navy at the time. So I get it. But it’s a hard thing to explain to the narrow and literal-minded.”

Trump is a showman, a reality TV actor, whose rallies were loved because they were entertaining. His insults and nicknames were inventive and apt. People laughed. A lifelong liberal and Democrat who attended a Trump rally in New Hampshire found, to her surprise, people enjoying themselves, jubilant and good-natured. They liked Trump in spite of his flaws, because they thought he had their back.

Writing about her experience on Medium, she said:

Compared with previous presidents, Trump has generally tried to keep his promises. He does not lie as other politicians do, with intent to deceive about his courage under fire or his use of state power to spy on his opponents or his personal behavior in office.

In an interesting 2015 The New Republic article, liberal Canadian journalist Jeet Heer claimed, “Donald Trump Is Not a Liar.” It was not a compliment. He cited the work of Princeton scholar Harry G. Frankfurt, “On Bullshit,” to argue that Trump was a bullshit artist, not a liar, and that that was worse because liars are at least concerned about truth and want people to believe their falsehoods.

“‘Bullshit is unavoidable whenever circumstances require someone to talk without knowing what he is talking about,’ Frankfurt notes. ‘Thus the production of bullshit is stimulated whenever a person’s obligations or opportunities to speak about some topic exceed his knowledge of the facts that are relevant to that topic.’”

By that account, it seems that all politicians are indeed bullshit artists. Their position requires those in or aspiring to high office to talk without knowing what they are talking about. As the new and outstanding PBS documentary about Supreme Court Justice Clarence Thomas shows, when Joe Biden tried to skewer Thomas at the Supreme Court confirmation hearing on the question of natural law, Biden literally did not know what he was talking about, or at least was unintelligible to a great scholar on the subject whose equal Biden pretended to be.

What makes many lifelong politicians liars is that they often know that what they assert is false and they intend to deceive. See, for example, Kevin Williamson’s essay in the National Review on Biden, in which he argues that Biden lied even about the circumstances of the car wreck in which his wife and daughter died. The driver of the other vehicle went to his grave haunted by Biden’s lies about his drinking and driving, Williamson says: “The casual cruelty with which Biden is willing to subordinate the lives of ordinary people to his political ambitions — for the sake of a petty tear-jerker line in one of his occasionally plagiarized stump speeches — is remarkable.”

If he is right, such a misrepresentation of reality was not bullshit but particularly malicious and repeated lying. Is bullshitting really worse than that?

If the argument is that Trump and other bullshit artists are worse than liars because they undermine truth itself by relativizing it, treating it as unimportant, they are surely not alone. That is true of many or most of the academics and other Trump critics who, when talking of anyone or anything else, commonly reject the very concept of truth or make some version of the claim that “all truth is relative.” They should at least be consistent.