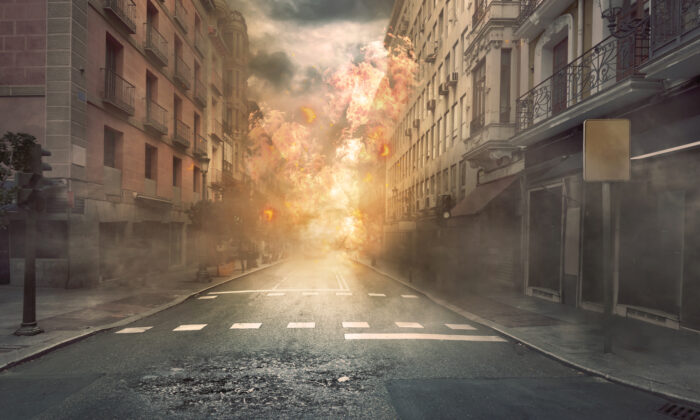 Political Loyalties Have Been Blown Up

Before lockdowns of Spring 2020, media rhetoric had divided the American population into two camps: pro- and anti-Trump. It was an easy way to think even if it came nowhere near describing me, my friends, or most people.

Then came the virus. It made an enormous mess out of this simple outlook. Trump kept changing his position not only on the threat level but also what to do about it. He went from comparing the virus to the annual flu in January 2020 to calling for a nationwide lockdown at a March 16 press conference, before changing his mind again a few months later and urging everyone to move on.

Of that lockdown order, center-left publication Vox, which had been firmly in the anti-Trump camp for the previous five years, immediately praised the press conference. For the astute, this should have been a sign that something fishy was going on.

But this praise for panic—and the use of despotic power without precedent to wield against a virus—was itself very strange. For the previous two months, the center left and left in the media were very clearly downplaying the virus and nowhere calling for lockdowns. In other words, they were saying in January and February what Trump was saying at the time.

Here are some examples of what people have entirely forgotten.

“Everyone in America should take a very big breath, slow down, and stop panicking and being hysterical,” said Emanuel, who served during Barack Obama’s presidency. “We are having a little too much histrionics on this.” …

“I’m actually pretty confident that we’re going to restrict the spread in the United States and people should remember not to panic,” said Emanuel, vice provost for global initiatives at the University of Pennsylvania. “We need to be a little sober about it, even in China.”

There are many compelling reasons to conclude that SARS-CoV-2, the virus that causes COVID-19, is not nearly as deadly as is currently feared. But COVID-19 panic has set in nonetheless. You can’t find hand sanitizer in stores, and N95 face masks are being sold online for exorbitant prices, never mind that neither is the best way to protect against the virus (yes, just wash your hands). The public is behaving as if this epidemic is the next Spanish flu, which is frankly understandable given that initial reports have staked COVID-19 mortality at about 2–3 percent, quite similar to the 1918 pandemic that killed tens of millions of people.

Allow me to be the bearer of good news. These frightening numbers are unlikely to hold. The true case fatality rate, known as CFR, of this virus is likely to be far lower than current reports suggest. Even some lower estimates, such as the 1 percent death rate recently mentioned by the directors of the National Institutes of Health and the Centers for Disease Control and Prevention, likely substantially overstate the case.

We shouldn’t be surprised that the numbers are inflated.

In past epidemics, initial CFRs were floridly exaggerated …. This all suggests that COVID-19 is a relatively benign disease for most young people, and a potentially devastating one for the old and chronically ill, albeit not nearly as risky as reported.

The coronaviruses are cold viruses. I’ve treated countless patients with coronaviruses over the years. In fact, we’ve been able to test for them on our respiratory panels for the entirety of my career.

We know how cold viruses work: They cause runny noses, sneezing, cough, and fever, and make us feel tired and achy. For almost all of us, they run their course without medication. And in the vulnerable, they can trigger a more severe illness like asthma or pneumonia.

Yes, this virus is different and worse than other coronaviruses, but it still looks very familiar. We know more about it than we don’t know …. It’s scary to think that an invisible enemy is out there to make you sick. But your doctor is not panicking, and you don’t need to, either.

Or we can look to Fauci himself, writing on Feb. 28, 2020, in the New England Journal of Medicine, in an article co-signed by Charles Lane (of junket fame) and CDC head Robert Redfield:

If one assumes that the number of asymptomatic or minimally symptomatic cases is several times as high as the number of reported cases, the case fatality rate may be considerably less than 1 percent. This suggests that the overall clinical consequences of Covid-19 may ultimately be more akin to those of a severe seasonal influenza (which has a case fatality rate of approximately 0.1 percent) or a pandemic influenza (similar to those in 1957 and 1968) rather than a disease similar to SARS or MERS, which have had case fatality rates of 9 to 10 percent and 36 percent, respectively.

Whatever you think about these predictions, and there is still vast uncertainty about many aspects of this virus (thanks to testing inaccuracies and the degree of death misclassification), these voices were clearly counseling calm.

Two weeks later, all hell broke loose, and this same ideological camp spent the next two years in a state of panicked meltdown and an attempt to keep the public living in fear for as long as possible. This was followed by a demonization campaign against the unvaccinated, from the very people who all swore that the “Trump vaccine” would surely be dangerously corrupt.

It’s all very strange. What changed and why? It wasn’t the data. That has remained pretty stable throughout. Something else was going on.

The entire pandemic became politicized in ways that are very difficult to follow or understand. That remains true today. There are still far more questions than answers.

Two years later, with Trump out of power, the same public voices have again defaulted to dividing the population by the old terms: “liberals” vs “conservatives.” It’s become tremendously annoying not to mention wildly inaccurate.

Oddly, most of the views attributed to the “liberals” are essentially illiberal: opposed to free speech, against choice on vaccination, supportive of lockdowns and restrictions, segregating the population, making fun of people who want freedom and resent how it has been stolen from people in the guise of pandemic planning.

Stranger still, these people seem to be ready for a big war with Russia (and this is following decades in the Cold War when the same group wisely counseled diplomacy over belligerence).

Meanwhile, there is nothing about the people labeled “conservative” who favor conserving anything about the current-day operation about politics. Quite the opposite: they are defending free speech against censorship, angry at elite management of life, and for toppling the administrative states’ power to rule the country and world without democratic consent. And this group is also more likely to favor diplomacy over saber rattling in foreign affairs.

I can’t imagine how confusing this must be for people whose English is a second language, much less those who have only a passing familiarity with American political culture. You can explain this all day but it still doesn’t make sense.

Where are we today? From your own experience and conversations, you know what hardly anyone wants to admit. There has been a massive scrambling of political and ideological loyalties throughout the population over these past two years, as trust in so many institutions has dramatically fallen. There is no longer a predictable way to discern the friends of freedom from its enemies based on past loyalties and opinions. Most of the writers at Brownstone Institute, for example, utterly refuse to be pigeonholed, and rightly so.

The last two years have confounded everyone who believed in the stability of American law, politics, public opinion, and the ideological attachments of both pundits and the general population. It’s all been turned upside down and inside out several times over. Anyone who thinks that we’ve all settled back into some mythical comfort bubbles of “liberals” vs “conservatives” is refusing to face post-pandemic politico-cultural realities.

Similarly, terms like left and right, and even independent and libertarian, have proven almost useless in predicting people’s responses to a respiratory virus and hence attitudes toward pandemic policy. The last two years have challenged political and ideological conventions like no other force in our lifetimes, and will likely lead to a rethinking and realignment, same as war and depression have in the past.