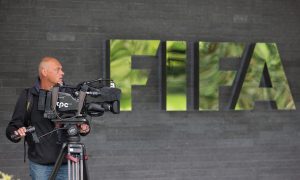 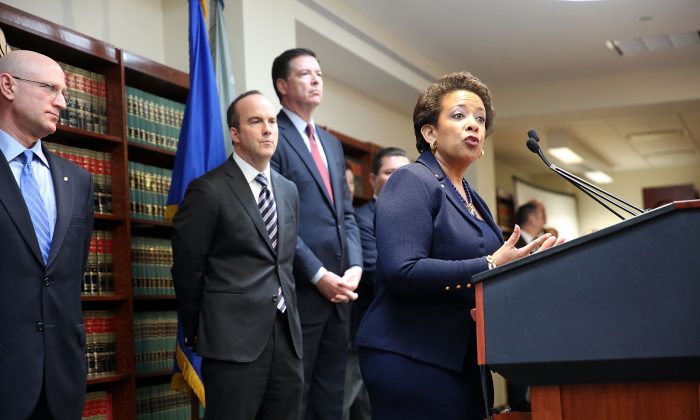 Political Football: Why the US Took Action on FIFA Corruption

Football is a huge deal in Europe but less so in the States. So why did it take action from Loretta Lynch to topple FIFA?

The arrest of seven top FIFA officials and the indictment of a group of 14 on corruption charges has left many people stunned. But those paying close attention to world football over the years have been wondering why it has taken so long to topple FIFA’s house of cards.

Research has exposed corrupt practices within FIFA going back to the 1990s. In Europe, where the game dominates, little to no action has been taken. It took interest from the United States, where football is still only emerging as a popular sport, for arrests to be made.

Despite all its merits, sport has, in recent years, become more and more enmeshed in a global system based on growth and inequality at the expense of social and economic justice. A good example of this is the 2014 World Cup venue in Manaus, deep in the Amazon, which is now Brazil’s largest bird toilet.

Not on Our Watch

While the culture that has developed inside the corridors of footballing power has attracted the most attention in the FIFA case, what this particular situation demonstrates is the growing significance of football (or soccer) in the United States and the increasing influence of U.S. interests in the global game.

British clubs Aston Villa, Liverpool, Manchester United, and Arsenal, among others, now have American owners and investors. American corporations such as Nike, Visa, and Coca Cola are major sponsors of FIFA and other football organizations.

But many more companies and interests want to profit from the international football marketplace. And some try to do it by what the American legal system views as illegitimate means.

As the largest single sports marketplace and a dominant regional power, the United States is positioned to play a significant role in global football in the 21st century.

The United States is positioned to play a significant role in global football in the 21st century.

While many laws in the United States protect corporate interests, these laws are also very tough on openly corrupt business practices. Leverage and influence are one thing, overt bribery and money laundering are something quite different.

Sport has been recognized for quite some time in the United States as more than a game. Major League Baseball was exempt from many antitrust laws for more than a century, for example. But this has been challenged in recent years. Congress intervened in illegal drug use in baseball when it felt the sport was not fully addressing the issue.

Though the league is a private organization, the companies and doctors supplying performance-enhancing substances fell under medical and health care acts and individual players were called to testify.

It was efforts by the United States that forced the International Olympic Committee to address corrupt practices, at least in part, in the scandals surrounding the Salt Lake City Winter Olympics. At the same time, Utah congressmen planted plenty of “pork-barrel” funding by attaching infrastructural monies to other bills, which would assist Utah in holding the games.

American congressional legislators also challenged the right of National Football League teams to relocate to other cities as they sought better deals on stadiums. And when a lockout of referees by the NFL was thought to have led to a blown call changing the result of a game, politicians spoke out and pushed the NFL to resolve the dispute.

As football attracts greater attention among fans and businesses in the United States, lawmakers will naturally take an interest too.

The challenges for global sports organizations, businesses, and other interests are to understand the climate in which they operate, but first and foremost to operate in a transparent manner.

In a revealing article about the power of the World Anti-Doping Agency, Verner Moeller asked, “Who is watching the watchers?” In this case, the question is: Who is able to hold FIFA accountable for its actions?

The question is: Who is able to hold FIFA accountable for its actions?

FIFA has declared itself custodian of the “people’s game”—a sport popular across all ages around the world. As such it must be held accountable for the management of the sport or be replaced by an organization that will practice better stewardship.

The FBI and U.S. Justice Department may not be everyone’s choice for holding FIFA accountable, but through American action, supported by Swiss investigations, we may learn how pervasive the culture of corruption haunting the world’s favorite sport.

John Nauright is a professor of sport and leisure management at University of Brighton in the U.K. This article was previously published on TheConversation.com.