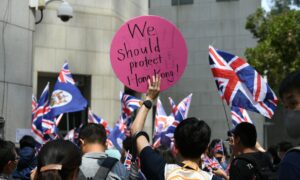 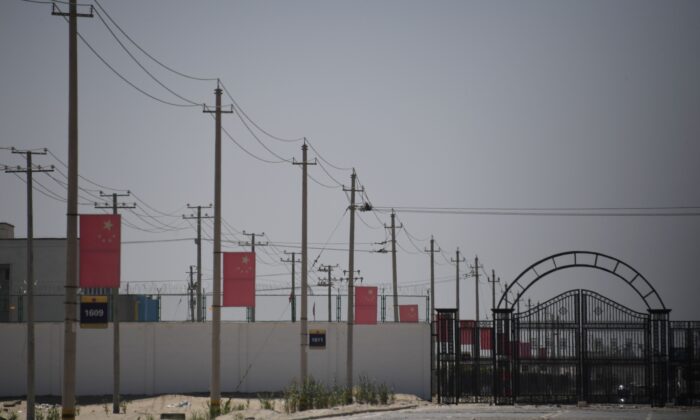 Chinese flags on a road leading to a facility believed to be a reeducation camp where mostly Muslim ethnic minorities are detained, on the outskirts of Hotan in China's northwestern Xinjiang region on May 31, 2019. (Greg Baker/AFP via Getty Images)
Canada

Hundreds of political leaders and experts recently produced the first comprehensive global strategy for democracies around the world to confront the growing aggressions of the Chinese Communist Party.

The 2020 Halifax International Security Forum (HFX), titled “China vs. Democracy: The Greatest Game,” convened from Nov. 20-22. The forum, held virtually this year amid the CCP (Chinese Communist Party) virus, came as the world wakes up to the reality that Beijing has never been a friend to democracies.

“The 2020 paradigm shift in people’s attitudes toward China was a concrete change from the old conventional wisdom that an economically vibrant China would progress toward more freedom for its people, to the new conventional wisdom that the Chinese Communist Party is, in fact, the virus that endangers the world,” wrote Peter Van Praagh, the president of HFX.

Van Praagh said the real challenge is no longer about finding ways to work with a China governed by autocrats, but for the world’s democratic governments to cooperate effectively with each other to face the China threat.

Exclusive polling conducted by Ipsos Public Affairs for HFX, in which citizens from 28 countries rated China’s expected impact on world affairs in the next decade, showed a stark deterioration in China’s global reputation. As of September, 42 percent of the participants rated China positively, an 11 percent drop from the same month in 2019, and a 16 percent fall from 2017.

The HFX consulted 250 experts to produce a handbook (pdf) to establish a common understanding for democracies against the CCP. Experts from roughly 30 countries generally agreed that communist China is and will remain authoritarian in the foreseeable future, and that it poses multi-faceted threats for the world.

“All leading human rights organizations testify that oppression is intensifying in China, but it is clear that the CCP’s ambitions do not stop at China’s borders,” the HFX handbook reads.

The CCP’s global ambitions, powered by its rapidly expanding economy, aim to make the world a safe haven for authoritarianism.

And the CCP possesses a large inventory of tools to help it achieve its goals.

Domestically, China uses internet censorship, propaganda, and surveillance to control the general public and eradicate Party dissidents. It runs reeducation camps to monitor minority groups such as the Uyghur Muslims.

Internationally, China’s multitrillion-dollar global infrastructure projects under the Belt and Road Initiative are used to gain a foothold in foreign territories. Major companies such as Huawei were employed to boost its technological shortcomings and sponsor cyber-espionage and influence operations.

The HFX handbook concluded with a set of “China principles,” practices that undermine democratic values and life:

The only stakeholder that Beijing is interested in accommodating is the CCP, the experts said.