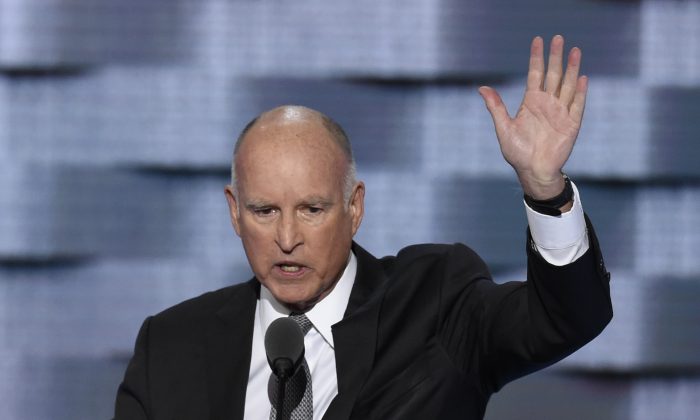 Most people want leaders to focus on real, immediate problems

In his Sept. 8 speech announcing California’s new greenhouse gas emission laws, Governor Jerry Brown said, “If we don’t stop climate change, it’s not going to be 110 [degrees] in Imperial County; it’s going to be 130, 135! Not for a few days or a few weeks, but for months on end!”

Brown’s statement is ridiculous, no matter what you believe about the causes of climate change. Even if humanity vanished from the face of the Earth, climate would continue to change. It is as much a part of the natural world as is sunrise or gravity. Brown’s assertion that we could be responsible for a warming of 25 degrees is utter nonsense.

The United Nations Intergovernmental Panel on Climate Change (IPCC) estimated in their latest assessment report that surface temperature, averaged over all land and ocean surfaces, increased only 1.53 degrees between 1880 to 2012. And a significant portion of that is part of the natural climate cycle coming out of the Little Ice Age. So, our contribution to the warming that has occurred in those 132 years is something less 1.53 degrees, a far cry from Brown’s excited forecast.

Similarly, claims that 2014 and 2015 were the hottest years on record are meaningless when you consider how little they set records by (seven hundredths of a degree Fahrenheit and 29 hundredths of a degree, respectively). In fact, the uncertainty in the 2014 temperature was twice as much as the amount by which the record was supposedly set.

Sea level rise has also been unremarkable in the past century. There has been no recent acceleration, and the current rate of rise is less than one tenth that of 8,000 years ago. Geologists tell us that the oceans have been rising since the end of the last glacial period, 15,000 years ago.

There has been no overall change in the incidence and severity of extreme weather in the past century, either. As in the case of temperature and sea level, the contribution of our emissions to extreme weather must have been very small indeed.

Extreme weather appears entirely unrelated to global warming. This is one of the few areas of agreement between the IPCC and the Nongovernmental International Panel on Climate Change (NIPCC).

In 2012, the IPCC asserted that a relationship between global warming and wildfires, rainfall, storms, hurricanes, and other extreme weather events has not been demonstrated. In their 2013 assessment report, their latest, IPCC scientists concluded that they had only “low confidence” that “damaging increases will occur in either drought or tropical cyclone activity” as a result of global warming.

The 2013 NIPCC report concluded the same, asserting that, “In no case has a convincing relationship been established between warming over the past 100 years and increases in any of these extreme events.”

Governor’s Worries Based On Models of Possible Futures

So Brown’s concerns are based solely on possible future events, events that are, by definition, not yet known.

To develop rational climate change policy in this case, we must first greatly improve weather and climate sensing systems. Without this basic information, how can we know what data to input into our computer models to make climate forecasts? Furthermore, since the computer models are created using the existing data, accurate data is critically important if our models are to be meaningful.

Once we have sufficient, and sufficiently accurate, data, we still need to determine if current and expected near-future changes are dangerous. If they are, then we must figure out whether we are causing a significant proportion of these changes.

The Future of Hydro in a Warming World

Former University of Winnipeg professor and historical climatologist, Dr. Tim Ball explains that the collection and interpretation of data needed to fulfill these requirements has only just begun. Ball explains that there are relatively few weather stations of adequate length or reliability on which to base model forecasts of future climate. “Brown’s forecasts therefore have absolutely no credibility in the real world,” Ball explains.

Ball estimates that, between the surface and atmosphere, there is data for only about 10 percent of the total atmosphere. He concludes: “Any discussion about the outputs of climate models is irrelevant. The models cannot work because the simple truth is that the data, the basic building blocks of the models, are completely inadequate. Yet, it is the model outputs that are being used as the foundation for California’s, and indeed the nation’s, energy policy decisions.”

When one also accounts for the fact that the models incorporate unsubstantiated mechanisms, such as the assumption that carbon dioxide increase is known to cause significant temperature increase, it is not surprising that the models on which Brown and others rely fail miserably in the real world.

In his Feb. 2, 2016 testimony before the U.S. House of Representatives Committee on Science, Space & Technology, Dr. John Christy, distinguished professor of atmospheric science, Alabama’s state climatologist and director of the Earth System Science Center at The University of Alabama in Huntsville, presented the following graph.

Christy told Congress: “[T]hese models failed at the simple test of telling us ‘what’ has already happened, and thus would not be in a position to give us a confident answer to ‘what’ may happen in the future and ‘why.’ As such, they would be of highly questionable value in determining policy that should depend on a very confident understanding of how the climate system works.”

UN Told to ‘Get Real’

The U.N.’s My World global survey shows that the governor of California and indeed most of the political elite are completely out of touch with average people on climate change. After 9.7 million people from 194 countries have been polled, “action taken on climate change” rates dead last out of the 16 suggested priorities for the U.N.

For most of the world, and especially those in developing nations, the message is clear: in comparison with access to reliable energy, better health care, government honesty, a good education, etc., climate change is not important. Its time for governments to stop wasting billions of dollars trying to stop the climate from changing. The world has real problems to solve.