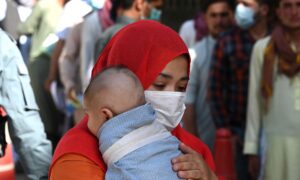 Why Afghan Women Have Been Abandoned: The Power of Belief
0
Share Now
TelegramFacebookTweetEmailTellMeWeReddit
Copy Link 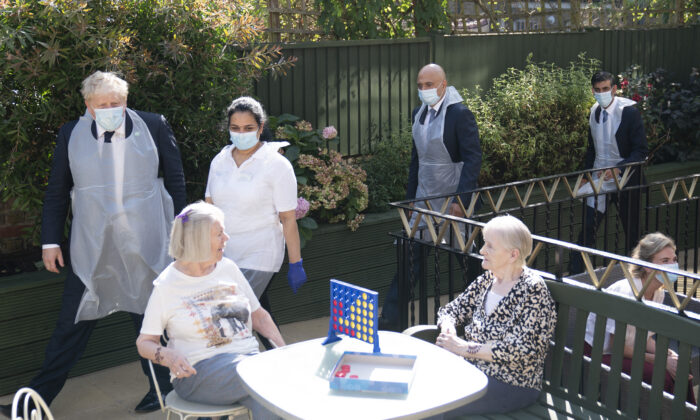 If politicians were held to the same standards of honesty as businessmen, all those in Britain would long ago have been imprisoned for such gross misrepresentation that it amounted to deliberate fraud.

There is in Britain—or at least it is claimed that there is in Britain—something called the National Insurance Fund. This surely suggests to the average person (which is to say the voter), and is intended to suggest, that somewhere there is a something resembling my retirement fund, from which I hope eventually to draw an income when I am no longer capable of earning my living.

In the case of the alleged National Insurance Fund, there is no such thing. The scheme is operated almost entirely on a pay-as-you-go basis from a compulsory levy on the income of people who are working. It is true that there is generally a slight annual surplus: more is collected than spent, but the accumulated total surplus over a period of more than seventy years would be sufficient, if invested, to return only about two per cent of annual expenditure.

The payments exacted for the National Insurance Fund are called contributions. Words have connotations, and the word contribution suggests at least an element of free choice. If it were left to individuals to decide whether or not to contribute to National Insurance, I doubt that the Fund’s income would cover the cost of morning coffee for those who operated it.

The government claims that National Insurance is not a tax because proceeds do not go into general government coffers for expenditure on things other than those covered by National Insurance itself. This is surely sophistry: a hypothecated tax—that is to say a tax devoted exclusively to a predesignated purpose—is still a tax and would be so irrespective of the end for which it was raised, good or bad, universally desired or not.

Besides, it is not even true that the proceeds do not go into general government coffers. The surplus is lent to the government for other purposes: it is not returned to the contributors, who have no say in the matter. Words, no less than the money itself, are juggled.

This is the case whether or not the National Insurance is a good or a bad scheme. I doubt myself that it is good: to me it strongly resembles a Ponzi scheme that makes the late Mr. Madoff seem like an amateur in the field.

In essence, what has been issued is a promissory note: the government has promised aging populations pensions and other benefits that it will oblige future generations to pay for. This is a winning electoral formula, especially in an aging population much of which has spent its life improvidently spending its income as though it were pocket money.

The problem is that the scheme will weigh more and more heavily on that declining part of the population that actually works. There are various ways in which this problem might be met, including repeated postponement of the retirement age, that is to say a withdrawal by stealth of the promissory note.

But any envisageable solution will be politically dangerous, which is perhaps why promissory notes should not lightly be issued. They make après nous, le déluge the only viable government policy, turning an ironic warning into a maxim.

Corruption of language necessarily leads to bad government. There is another good, which is to say bad, example of this from Britain. I have a high respect for the British judiciary which (at least in my experience) tries very hard to be fair and which interprets the law often with great intellectual rigour.

But at least in criminal cases, judges have been forced in effect to lie in almost every case in which they sentence an offender to prison. They say, for example, that ‘I sentence you to three years’ imprisonment’ when they know full well that they are doing no such thing because the prisoner has an automatic right to a 50 per cent reduction in his sentence, that is to say he will serve only eighteen months in prison.

Our supine newspapers and broadcasting media continue to report that the offender was sentenced to three years’ imprisonment without ever—ever—mentioning the automatic reduction of the sentence by half.

Moreover, the public is largely unaware of this automatic reduction, although of course the policy is not hidden by actual censorship. The public in such a case would therefore still say, “He got three years.” It is in this way that the penological frivolity of our criminal justice system, mandated by politicians of all stripes, escapes public notice and reprehension.

George Orwell in his essay “Politics and the English Language,” said that political language was designed to make lies sound truthful and murder respectable.

The former—making lies sound truthful—is by far the more serious problem, at least in modern circumstance in which governments, at least in the West, are now rarely murderous (except, perhaps, in their foreign policy).

But manipulation of language is more or less standard procedure for governments, and they are not called to account for it as often or as strongly as they should be. For example, in the mouth of a politician the word investment is usually indistinguishable in meaning from expenditure.

As is pointed out in Ecclesiastes, there is no new thing under the sun. Two and a half millennia ago, Confucius was asked what he would do to restore the state. Confucius said that the first thing he would do is to restore the names, meaning to call things by their proper designations, because if they were not called by their proper designations the people would neither trust nor obey the government.

But the fact that this reply is of such ancient provenance (scholars dispute the literal source of the reply, but that is irrelevant) suggests that political lying is as old as political activity itself. But that should not deter us from constantly criticizing the political misuse of language, which almost always has a sinister ulterior motive. The price of truth is eternal vigilance.