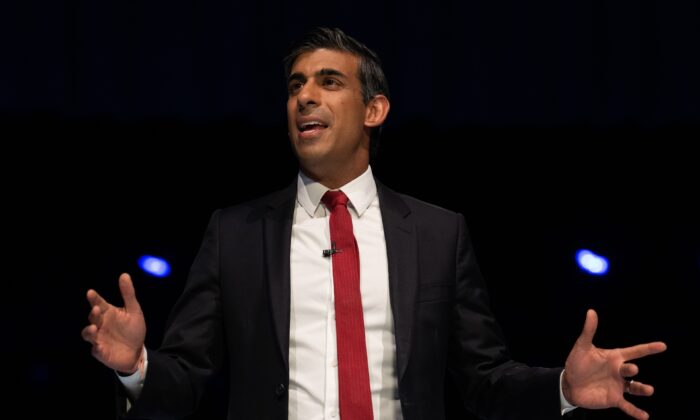 “Political correctness” is standing in the way of tackling child sex grooming gangs in the UK, Conservative leadership contender Rishi Sunak has said.

The former chancellor said, if he becomes party leader and prime minister, he will make sure UK police forces record the ethnicity of members of the paedophile rings, who are predominantly of Pakistani and South Asian heritage.

In an interview with GB News, Sunak said: “I have two young girls who are 9 and 11, and I think for too long we just haven’t focused on this issue.”

“It’s a horrific crime,” he said, adding that it is “far more pervasive across the country than actually we all realise.”

Ethnicity Should Be Recorded

Sunak said: “We all know the reason that people don’t focus on it. It’s because of political correctness and they’re scared of calling out the fact that there’s a particular group of people who are perpetuating these crimes, and I think that’s wrong, and I want to change that as prime minister.”

He said he wants to make sure that “all police forces record the ethnicity of those involved, which currently is not done because people don’t want to do that.”

He also said he wants to create a “brand new life sentence” for those involved in the child sex rings “with very limited options for parole.”

“I’m not going to let political correctness stand in the way of tackling this absolutely horrific crime. I want to call it out for what it is and I want to tackle it properly,” said the Tory leadership contender.

“A Conservative government should not be letting political correctness stand in the way of keeping people safe,” he said.

Fear of Being Called ‘Racist’

Thousands of English girls are known to have been sexually exploited over the last few decades by the so-called “Asian grooming gangs”—across northern English towns and cities.

In June, Greater Manchester Police and Oldham Council said they are “deeply sorry” after a report said both failed to protect girls from grooming gangs between 2011 and 2014 and “missed opportunities” to protect a girl who tried to raise the alarm.

Owen Evans and PA Media contributed to this report.