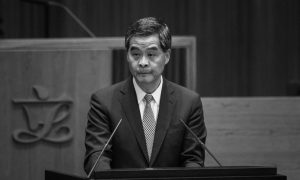 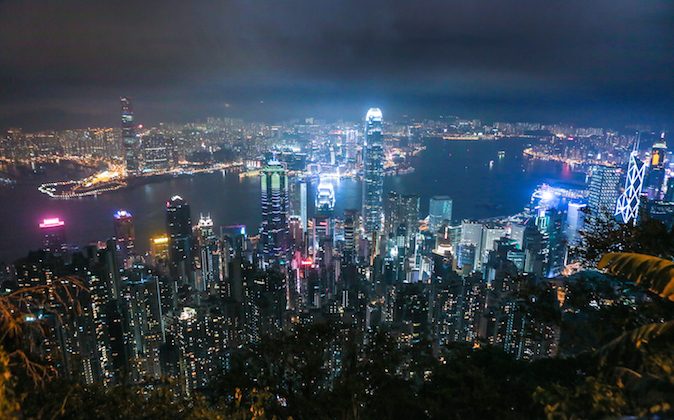 For the first time in a decade, Hong Kong no longer tops the list of competitive cities in China, and its due to the stifling hand of the Chinese regime, commentators note.

According to the Chinese Academy of Social Sciences’ recently released Blue Book on Urban Competitiveness—a survey of 294 China cities, Taiwan included—Hong Kong now ranks number two, falling behind its neighbor just across the border in mainland China, the metropolis Shenzhen.

The report also said Hong Kong’s standing was affected by last year’s student-led Occupy protests. From the end of September to mid December, hundreds of thousands of Hongkongers held three areas of the city to protest a restrictive Beijing diktat on political reform in Hong Kong.

The Chinese Academy of Social Sciences’ ranking is suspect, writes Canada-based political commentator Meng Tianyu in her regular column for the Chinese-language Epoch Times. But Meng says Hong Kong has been slipping as a competitive place to do business since 1997—the year the Chinese regime assumed sovereignty over Hong Kong from the British.

Small business owners are increasingly catering to the mainlanders by stocking up on commodities they seek, and in the process, transforming the local economy and livelihood of the common folk. “On the surface, Hong Kong’s economy is in the hands of the mainlanders,” Meng says.

While Hongkongers are aware of Beijing’s intrusion in their way of life and have “demonstrated Hong Kong’s will to fight for democracy and freedom” in last year’s Occupy protests, Meng fears that they might not be able to resist assimilation by economic means.

Meng says the Chinese regime is also manipulating Hongkongers by controlling its media—pro-democracy newspapers lose lucrative advertising contracts, management staff are replaced with pro-Beijing personnel, and editors are brutally assaulted in the streets by thugs.

The only reason why Hong Kong is not yet “totally ruined” by the Chinese regime is because Party officials are taking advantage of the city’s “Special Administrative Region” status to launder their ill-gotten gains—an open secret, Meng claims.

Some of these money laundering tales even made the Hong Kong papers. Last year, a widely reported story involved one Zhao Dannuo, 22-year-old mainland Chinese woman, who laundered over 10 billion Hong Kong dollars (about 1.23 billion) using the Bank of China in Hong Kong. Zhao was said to have moved the money for Xu Caihou, the disgraced and recently deceased former deputy head of the Chinese military.

Hong Kong maintains its status as an international finance center, but, according to Epoch Times Hong Kong branch president Ms. Guo Jun, that advantage depends on its Anglo-American legal system inherited from the British, which is also eroded.

Guo noted in a speech on current affairs of China this year that the Communist Party has stepped in to interpret Hong Kong’s Basic Law, its governing document, has asked Hong Kong to adopt security legislation that would undermine civil liberties, and is also manipulating the political reform process in Hong Kong.

“If this situation continues and Hong Kong loses its judicial advantages, its financial and information center position would inevitably disappear. Hong Kong, the well-known Pearl of the Orient, would be gone,” Guo said.