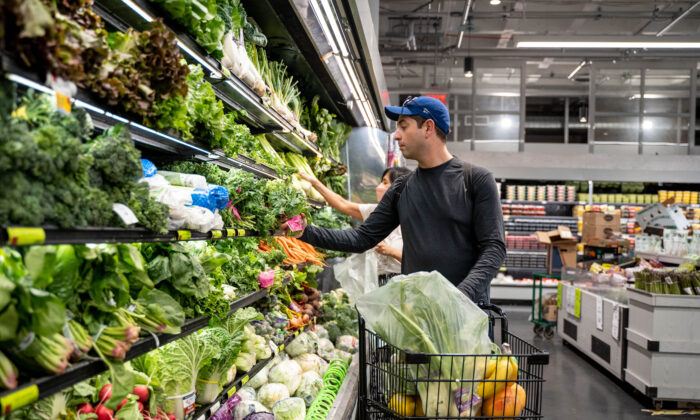 Inflation is hitting people hard at the grocery store and crushing the budgets of millions, yet not everyone is complaining about rising prices to the same degree. A new study shows that the way Americans feel about food inflation depends on their political views.

A survey by Purdue University’s Center for Food Demand Analysis and Sustainability discovered that liberals and conservatives have different perceptions of rising costs. Liberals are way too optimistic about food inflation, according to the study, which was conducted among 1,200 people from all over the United States.

Compared to conservatives, liberals say they’ve experienced fewer food price increases over the past year, and they foresee less food price inflation in the future.

It’s interesting to observe “the divergent perceptions of food inflation between liberals and conservatives,” according to Jayson Lusk, head and distinguished professor of agricultural economics at Purdue, who leads the center.

“Not only are liberals severely underestimating the increase in food prices from last year but conservatives’ expectations for inflation are also likely overstating its rate for the coming year—at least compared to U.S. Department of Agriculture predictions,” Lusk said in a statement.

However, conservatives and liberals share some common ground when it comes to spending. Consumers reported spending an average of $114 per week on groceries and $67 per week on restaurants and takeout meals. Food spending is almost identical across the political spectrum, according to the study. However, liberals place food price inflation approximately 3 to 4 percentage points below conservatives.

These forecasts are far lower than the recent official figures. The August inflation report released by the Bureau of Labor Statistics on Sept. 13 shows that the food index surged at an annualized rate of 11.4 percent. Grocery store prices jumped by 13.5 percent year-over-year, while food-away-from-home rose by 8 percent. Overall, the food index saw its biggest annual increase since 1979.

Americans have begun to feel the effects of drastically increased farming costs this year. Fertilizer prices have been rising because of surging input costs and supply disruptions caused by the conflict in Ukraine. Fertilizer prices are expected to rise further as plant closures in Europe tighten global supplies, placing more pressure on food costs.

As a result, while Americans are seeing lower prices at the gas pump, they aren’t getting the same relief in food and other areas. Almost everything outside of the energy index was up across the board last month.

High inflation has also increased the demand for food assistance. The Purdue survey revealed that 25 percent of self-identified liberals reported getting free groceries from a food pantry or food bank, compared to 18 percent of moderates and 16 percent of conservatives.

Liberals also care the most about the social and environmental sustainability of their food. And there’s a big disagreement over whether “eating less meat is better for the environment,” according to the survey. Liberals are roughly twice as likely to identify as vegetarian or vegan as compared to moderates and conservatives.

According to the survey, conservatives are less likely to rely on the Food and Drug Administration, The New York Times, CNN, or academic institutions when seeking information about food, instead preferring more traditional sources, such as family, doctors, friends, and the Department of Agriculture.

When asked to choose their top three budgetary stresses, shoppers reported food costs as the highest, followed by gas and rent/mortgage. The ranking emphasizes the important role that food plays in household budgets. It also explains why food price inflation has been so widely discussed over the past year.

“We don’t have previous data to show whether this is a recent phenomenon given the high price environment,” said Sam Polzin, a food and agricultural survey scientist for the center and co-author of the report. “But at a time when consumers continue to make changes to their shopping to adjust to prices, this highlights that food is one of the first essentials that gets squeezed under budget stress.”