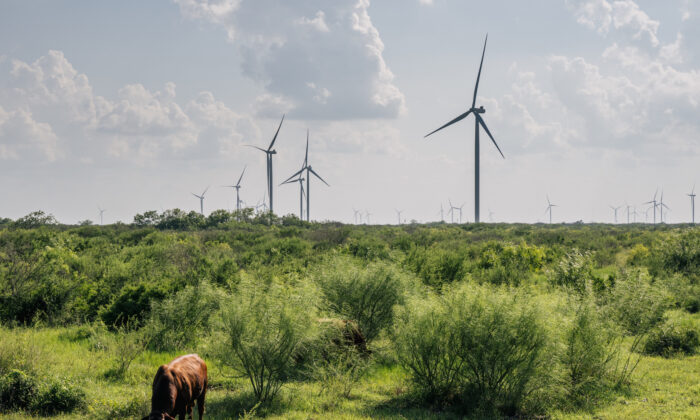 Political Battle for Texas Heating Up With Soaring Temperatures

With temperatures forecast to be well over 100 degrees in Texas on July 11, the Electric Reliability Council of Texas (ERCOT) issued a conservation appeal to the public.

ERCOT, which is in charge of the Texas electrical grid, asked residents and businesses to voluntarily conserve electricity on July 11 between 2-8 p.m., when a reserve capacity shortage was predicted.

Wind turbines were projected to produce less than 10 percent of their capacity, according to the agency.

The decrease in wind production combined with extreme heat and record demand prompted the call for Texans to cut back on electricity use. The agency stated that no widespread outages were expected.

O’Rourke, who has vowed to fight climate change by working to remove all emissions from the oil and gas industry, wasted no time in blaming Abbott for the strain on the Texas electrical grid, which is unique in its independence from the rest of the United States.

Abbott’s campaign did not immediately respond to a request for comment.

However, he supports oil and gas production in Texas along with its jobs. He has vowed to protect the industry from federal government climate overreach.

O’Rouke supports the Texas Climate Jobs Project, which is akin to the Green New Deal. The project wants to transition oil and gas jobs into green energy jobs and eliminate dependence on fossil fuels.

He also wants to rid Texas’ reliance on its own grid. Instead, he wants Texas to connect to the national grid “to draw down power when needed.”

Pursuing green energy would only make matters worse for the Texas grid, according to some.

David Blackmon, an independent energy analyst and consultant based in Mansfield, Texas, told The Epoch Times the national grids have their own problems with demand.

“I laugh when I hear that,” he said, adding Texas’ problem comes from relying on unreliable energy such as wind.

Texas state Rep. Briscoe Cain (R) told The Epoch Times in a text that a plan is afoot for the next legislative session to look at building more natural gas plants in Texas.

The Lone Star State produces the most natural gas in the United States and holds vast oil and gas reserves.

So how did Texas, with its energy might, get to the point of begging for its citizens to conserve energy?

Incentives for developing more wind power have increased, but the same can’t be said of thermal-power generators that typically use natural gas.

Cain noted that federal production tax credits made wind farms too lucrative not to build.

The Texas grid is powered mainly by natural gas.

In 2020, it generated 46 percent of the state’s electricity. But the grid’s share of renewable power has been increasing over the past decade with wind power now accounting for about 23 percent—surpassing coal (18 percent), nuclear (11 percent), and the remainder comes from solar and other sources.

Blackmon said the legislature wanted to add more gas-powered plants after Winter Storm Uri brought death and destruction to Texas in February of 2021. But that provision from the bill that ended up passing, he said.