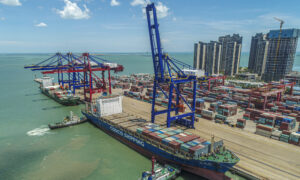 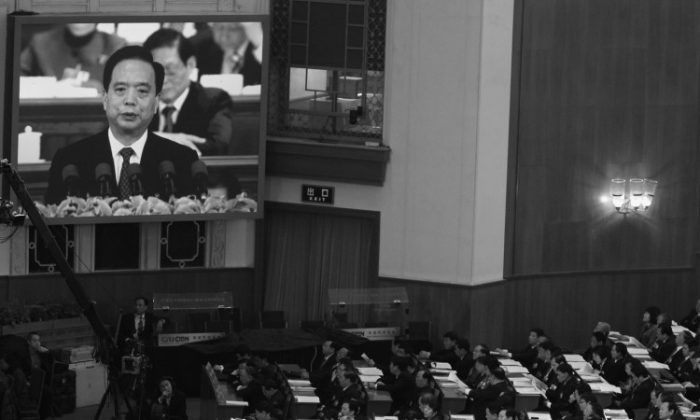 Politburo member Li Jianguo, Vice Chairman and Secretary General of the National People’s Congress, has been denounced for expediting his nephew’s promotion to a high position during Li’s tenure as Party Secretary in Shandong Province.

Han’s online exposé describes the rise of Zhang Hui, Li’s nephew, in Shandong’s CCP officialdom, as in only eight months he went from a middle management deputy level job to the top of the Party’s municipal structure as Deputy Director General in Jining city.

At 32, Zhang Hui is also the youngest member and secretary of Jining’s Municipal Standing Committee, according to a Dec. 3 report by Southern Metropolis Daily. Han contends that this swift rise can be attributed to his uncle, Li Jianguo, who held a top-level provincial position at that time.

Han told jianducn.com, a citizen-run anti-corruption website, that this information about CCP family connections comes from “an insider who is high-level official in the Shandong Provincial Committee,” and whose real name cannot be revealed for safety reasons.

To verify his charges against Li on the website of Central Commission for Discipline Inspection (CCDI), Han posted the registration number of the of CCDI submission and his ID card photo on Weibo. However, Weibo censors immediately deleted his posts, and also blocked online searches for the names of “Li Jianguo” plus “Zhang Hui”.

Li is the highest CCP official to be exposed online to date, as a new anti-corruption campaign gears up to “rectify” corruption in the Communist Party. Li’s promotion into the Politburo was surprising as he was viewed as a dark horse candidate. This unexpected advancement attracted some attention, as will these accusations of familial favoritism.

More and more Chinese officials born in the 1980s have been promoted to local and even higher level government leaders in recent years. This phenomenon tends to generate criticism in society, after exposure by media, as to whether these young officials have a “special background,” and whether their promotions truly followed regulations.