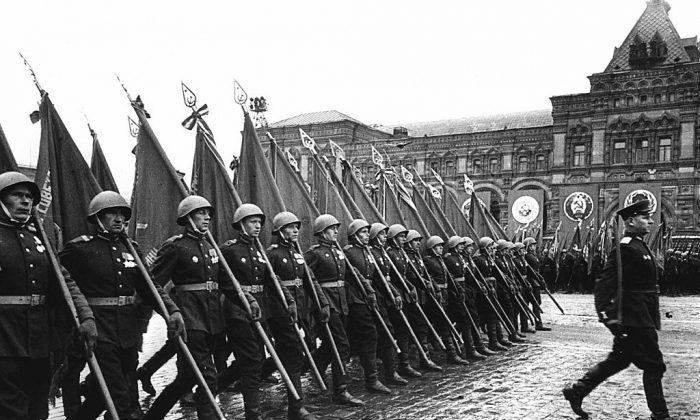 Soviet soldiers are marching on the Red Square in Moscow on 24 June 1945. (Stringer/AFP/Getty Images)
Europe

WARSAW, Poland— City councilors in a northern Polish city have decided to move a giant monument honoring the Red Army out of a central square and into the main cemetery.

The head of the council’s office, Rafal Miszczuk, told The Associated Press on Thursday that there is no date set for the move of the stone monument in Szczecin.

Councilors from the ruling right-wing party said the structure isn’t popular, is often vandalized and should be moved. It will be placed in a cemetery where Red Army troops are buried.

Tuesday’s vote came as the new government is planning to remove monuments praising the Soviet army, arguing that it brought the nation a brutal communist regime after World War II. Memorials at Red Army burial sites will remain untouched.