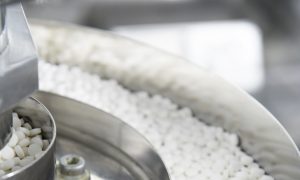 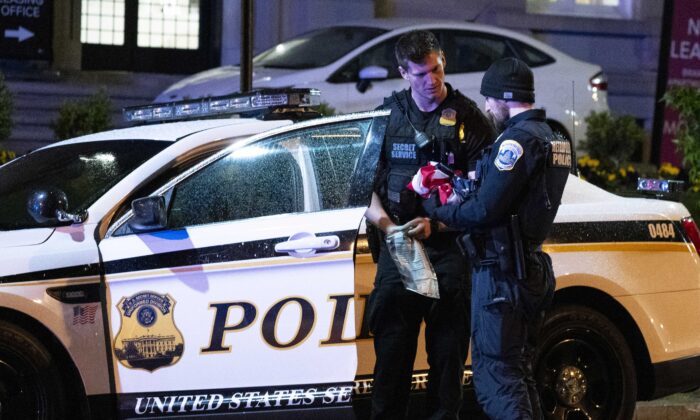 Police place an American flag into an evidence bag after a shooter opened fire on the Cuban Embassy in Washington on April 30, 2020. (Sarah Silbiger/Getty Images)
Viewpoints

Policing During a Pandemic

The classified ad might read: “Looking for college-educated applicants who can handle serious on-the-job stress, constant public criticism, and loss of co-workers by suicide. Must be skilled in handling firearms, life-and-death conflicts, domestic abuse suspects, the mentally ill, and drug addicts. Training in murder, arson, cybercrime, and white-collar crime investigations a plus. Must feel comfortable in a bulletproof vest. Average salary: $56,300 a year.”

Think about all the hurdles a hopeful police recruit must overcome just to get into a training academy. Think of the potentially deadly challenges a police officer faces every day. Now imagine what it’s like for them during this pandemic. In normal times, today’s COVID-19-inspired directive to stay six feet apart would be impossible for a street cop.

Rosa Brooks, a former reserve officer in Washington, D.C., has eloquently written about the enormous amount of physical intimacy officers routinely encounter with members of the public.

“During my time on patrol, I put my hands into strangers’ pockets during searches; ran my fingers inside waistbands, bra bands and shoes; put handcuffs onto wrists and held those I was arresting by the arm as I escorted them to the patrol car,” Brooks wrote in The Washington Post. And it wasn’t just a matter of touching other people’s bodies.

“People coughed, sneezed, vomited and bled on me,” Brooks said. “Sometimes, they shoved me or spat at me. Other times, they hugged me or cried on my shoulder. A handcuffed, half-dressed woman once asked me to stuff her breasts back into her bodysuit; another time, a shoplifter begged me to help her rinse her feces-stained pants in a supermarket bathroom.”

In today’s pandemic-stricken atmosphere, many law enforcement departments are functioning with vastly depleted forces as ever-increasing numbers of virus-infected officers call in sick. Those reporting for duty are under orders to approach the job much differently. Routine high-contact patrol practices like stops, searches, and arrests have slowed to protect both officers and the public. The arrests that must be made to ensure public safety are done by cops in protective masks and gloves. Patrol cars are sanitized after transporting suspects.

On the street, patrol teams are instructed to try to verbally disperse people who have gathered in large groups, while at the same time keeping their distance. Dispatchers at 911 call centers are asking those seeking help to come outside to meet officers whenever possible. Citizens caught up in violent domestic abuse situations are given priority attention, with hotline numbers and free rides to shelters or hotels. Departments are also working remotely to connect charity groups with vulnerable citizens in need of food or medical services.

It has become popular in some quarters to vilify those who wear a badge. But for countless needy people nationwide, it is their local cop shop they call when they become desperate. Police officers have valiantly responded, organizing donations to help people suddenly unemployed and delivering food to the elderly, some of which the officers have paid for themselves.

In neighborhoods across the country, the local beat cop is a lifeline. They do their jobs stoically, realizing that every interaction with co-workers and community members exposes them to possible infection. Every contact increases the risk of carrying the virus home to their families. This is no idle worry. Thousands of law enforcement members have been sickened, and multiple dozens have died. The death toll rises daily.

A survey by the Police Executive Research Forum conducted before the COVID-19 pandemic found a “workforce crisis” underway in law enforcement departments nationwide. The report describes how departments are losing members at an alarming rate. The “triple threat” to public safety comes with the exit of officers who want out after only a few years, those seeking early retirement, and administrator’s inability to attract new people. Seems the traditional sources of recruits—families with a history of police work and former military members—have dried up.

The bottom line: Now is the time to appreciate, applaud, and elevate our frequently maligned members of law enforcement. It’s a front-line profession that was already in staffing jeopardy before the virus hit. We cannot continue to underpay and underappreciate what they do. Society cannot function without them.