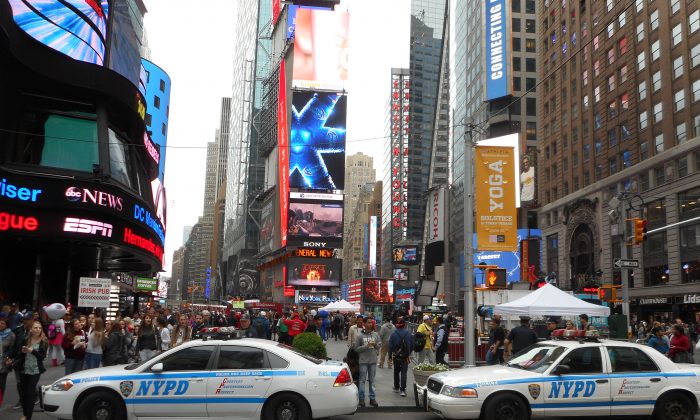 These are defining moments for policing in America.

Millions of commendable actions take place by over 900,000 law enforcement officials throughout America every day, and these examples paint a picture of the goodness displayed by police and the dangers they encounter.

Troopers Mark Adotta and Joseph Mercurio stepped up because it was the right thing to do. Unexpectedly, their generosity was posted by a witness on Facebook and soon went viral.

In another incident, on June 8, surveillance video was released of the fatal shooting of a Boston terrorist suspect. The man was suspected of plotting to kill law enforcement officials.

District Attorney Daniel F. Conley stated that the video respects “transparency and accountability” and is being released to “help illuminate the facts” in a manner that will not “compromise the integrity of the investigation.”

Finally, in a May 13 incident, a man wanted for a string of hammer attacks in New York City was shot by an NYPD officer after he struck the officer’s partner three times. The entire confrontation lasted about 3 seconds and was captured on a surveillance camera in Midtown Manhattan.

The NYPD wisely decided to quickly release the hammer shooting video to counter a reprehensible “gang-up-on police mentality at the moment” said Bratton.

The same technology that memorializes commendable police activities can also be a tool that raises concerns.

On June 8, a grand jury in South Carolina indicted a white city police officer for murder in the shooting death of an unarmed black man trying to flee after a traffic stop.

In another incident, a white male police officer in a Dallas suburb was put on administrative leave after a disturbing YouTube video showed an incident involving his actions with a 15-year-old bikini clad black teenager on June 5 at a community pool. The video was viewed online by over 2.5 million people.

In the video, Cpl. David Eric Casebolt, slings the girl to the ground, shoves her face into the ground, and immobilizes her with both his knees into her back. He unholsters his firearm, chasing others away, and is screaming obscenities. The girl was not arrested and later released to her parents.

Former FBI assistant director Tom Fuentes harshly criticized the officer’s action stating he was “running around escalating” a situation and there seemed to be “no justification” for responding, particularly toward the girl, as she was “clearly not armed.”

Fuentes stated, “He’s out of control, He clearly has no self-discipline. He lost control of his temper … thankfully he didn’t shoot somebody.”

In a third example, Commissioner Bratton told over 800 NYPD executives on Oct. 2, 2014, during a retreat that abusive cops are “poisoning the well.”

Afterward, the NYPD leadership was shown a video montage of abusive police behavior. Bratton stated that “brutality, corruption, racism, and incompetence” does not belong in the department.

The sentinels guarding the Tomb of the Unknown Soldier in Arlington National Cemetery live by the words, “My dedication to this sacred duty is total and wholehearted. In the responsibility bestowed upon me, never will I falter …”

America’s police must also live by these words as they are critical to reawakening the nation through their sacred duty to protect and serve.