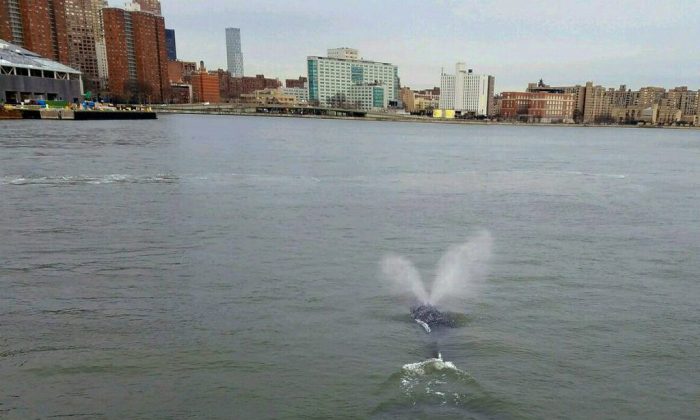 NEW YORK—Officers patrolling New York City’s harbor in a police boat have spotted a whale in the East River.

The whale was seen swimming along the shores of Manhattan’s upper East Side, close to Gracie Mansion, where the mayor lives.

U.S. Coast Guard Petty Officer Frank Iannazzo-Simmons says officials from his office haven’t seen the whale. But he says based on the photos it appears to be a humpback whale.

One such humpback whale was also spotted in the East River last month.

Iannazzo-Simmons says the Coast Guard usually notifies mariners when it spots whales in busy waterways to be safe and “let the whale be the whale.”