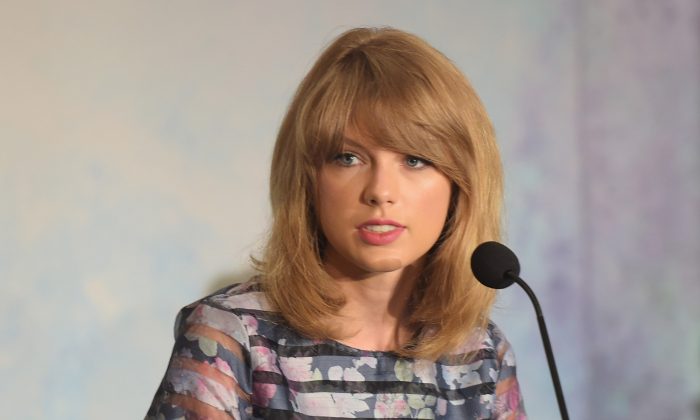 Police have told Taylor Swift a 58-year-old man could be stalking her.

The man was at a police station for questioning on an unrelated case when he revealed his intentions to police, according to a source in New Hampshire who spoke with TMZ. The source said the man told police he was Taylor Swift’s boyfriend, showed them texts on his cell phone that appeared as if sent to someone named Taylor Swift, and asked police about getting a gun and state-to-state gun transportation laws.

A huge thank you to @maryellenmatthewsnyc, one of my favorite photographers ❤️

The source said the man is seeking the weapon to protect Taylor Swift in Africa. However, the man was not arrested because saying you need a gun to protect someone is not a crime.

Another man was arrested last year for stalking Taylor Swift at her New York City residence for three months, Page Six reported. Mohammed Jaffar revealed details of his failed attempts to encounter Swift via Twitter. He was declared mentally unfit to stand trial in September and ordered to remain at a mental institution, TMZ reported.

Another man was arrested after a concert in Nov. 2016 for following Swift and her family all the way to the airport. He told Swift’s bodyguards he was there for a picture and to “possibly accompany Taylor wherever she goes,” according to TMZ. The arrest came after the 39-year-old bombarded Swift’s father with emails for months. The man was arrested and charged with a felony for violating a protective order Swift already had against him.

Earlier that year, a man showed up outside Swift’s mansion in Rhode Island, TMZ reported. He told the police he was supposed to marry Swift, but was heartbroken because she was dating “Tom,” referring to the time Swift spent dating actor Tom Hiddleston.

Swift just released the video for her song, “End Game,” on Jan. 11. The song features rapper Future and singer Ed Sheeran. The song is one of the singles from her 2017 “Reputation” album.

The album became the best-selling album in the United States for 2017 after just four days, and was the only album to sell more than 1 million copies, according to Forbes.