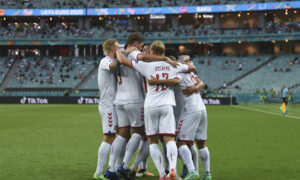 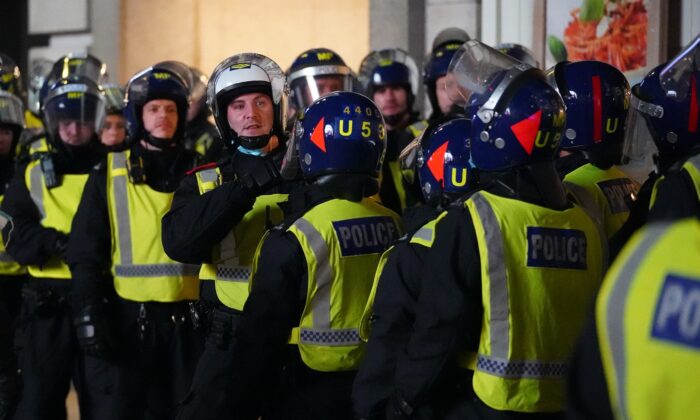 Police will have to intervene if the behaviour of England fans goes “beyond what would be reasonable” on Sunday, a senior officer has warned.

Large crowds of supporters are set to amass in London over the weekend as the Three Lions look to make history in the Euro 2020 final against Italy at Wembley.

The Metropolitan Police said a “considerable number” of officers will be in place across the capital.

Speaking to the PA news agency outside Scotland Yard on Friday morning, Deputy Assistant Commissioner Laurence Taylor said: “I think the big challenge has been large numbers of people gathering in breach of COVID regulations.

“On occasion behaviour going a little bit beyond what would be reasonable.

“Wednesday was busy, lots of people around, lots of excitement, we fully anticipate Sunday to be even busier.

“We’ve got a large policing plan in place, with a very experienced command team across London.

“It’s not just at Wembley, it’s not just central London, but pubs and other venues will be very busy across the whole capital.”

Mr Taylor called on supporters to “behave responsibly” and celebrate “within the law” following the scenes on Wednesday after England beat Denmark to book their place in the final.

The force said 23 arrests were made by officers across London following the match for offences including common assault, public order, and assault on police.

Asked how many officers will be in place in the capital on Sunday, he said: “We’ve certainly got a considerable number of officers on duty across the capital, we don’t talk specifically about numbers.

“We have an enhanced policing plan and I’m confident it’s a robust enough plan to deal with what we may have to deal with.”

Mr Taylor went on to say the force had “more than sufficient numbers” of officers available to help policing efforts.

He spoke of how staff are “trained and equipped” to deal with violent clashes among fans.

Mr Taylor added: “I will ask that people work with the police, that they respect the people around them and they understand that it’s important to celebrate responsibly and recognise that if the law is broken, whilst we don’t want to, the police will have to intervene.”