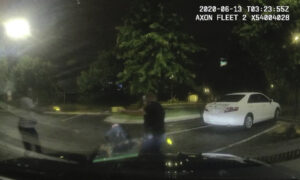 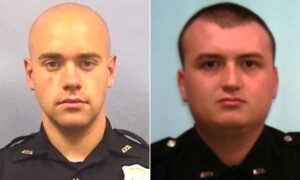 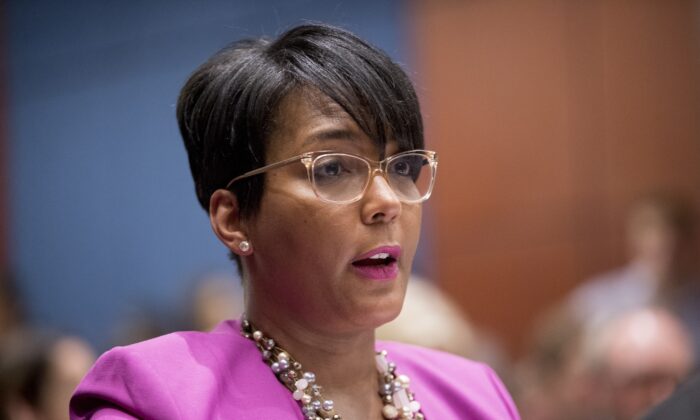 Atlanta Mayor Keisha Lance Bottoms should join police for use of force training in an attempt to curb the number of callouts the city’s police department is experiencing, a police union official told The Epoch Times.

“If she would just take use of force training with the police, experience the deadly force training, and do the shoot or don’t shoot, I think she’d have a better understanding of what an officer has to go through,” said Steven Gaynor, the President of Cobb County Fraternal Order of Police.

Bottoms, a Democrat, didn’t respond to a request for comment.

Gaynor was asked during an interview what could be done to resolve a situation that’s seen a number of Atlanta police officers call out sick or otherwise miss work after former officer Garrett Rolfe was charged with felony murder in the shooting of Rayshard Brooks.

The fraternal order official pointed to civil rights activist Rev. Markel Hutchins, who joined Atlanta police officers several years ago for use of force training. Hutchins told a local broadcaster that the training changed the way he thought about police shooting issues.

“Having a real weapon in real time pointed at me sensitized me in a way that no other experience could have to the rigors that police officers face,” he said.

A source inside the Atlanta Police Department told Gaynor that the department had very minimal staffing on Thursday night, with only one precinct in service.

“They’re averaging a majority of the staff from each precinct not showing up or calling out sick from work” in recent days, he said.

Additionally, among the officers who are reporting to work, officials are struggling to get some to answer the radio and respond to calls.

The Atlanta Police Department didn’t respond to a request for comment.

Bryant would not say how many officers have called out.

“Some are angry. Some are fearful. Some are confused on what we do in this space. Some may feel abandoned,” Bryant said. “But we are there to assure them that we will continue to move forward and get through this.”

The department said Wednesday that it was “experiencing a higher than usual number of call outs with the incoming shift.”

Officers are upset that Rolfe was charged so quickly with a crime that could lead to the death penalty, Gaynor told The Epoch Times. Howard didn’t wait for the George Bureau of Investigation (GBI) to finish its probe into what happened and there are questions about whether the rush to charge the officers is related to his heated race for re-election.

Howard’s office hasn’t responded to queries, including a question about whether the bureau’s probe of the district attorney for alleged corruption is related to his freezing the bureau out of his decision.

Bodycam footage does not show Rolfe kicking Brooks nor does it show Brosnan stepping on Brooks’ shoulder, the official asserted.

Instead of using that footage, he displayed still images from surveillance footage from a camera on Wendy’s that was from further away, making it more difficult to see what happened.

Gaynor also pointed to a challenge to Howard’s claim that Brosnan was a cooperating witness for the state.

Based on the video evidence he’s reviewed, Gaynor believes Rolfe didn’t break the law. The officer, after firing his Taser at Brooks, who was running away but had turned back to fire a Taser he stole from Brosnan, turned to his handgun and fired twice, just like officers are trained to do in the academy, Gaynor said.

Howard also charged Rolfe with multiple oath of office violations. One of those is true, Gaynor conceded: Brooks was never told he was under arrest.

Brooks started wrestling with the officers when they tried handcuffing him. He stole Brosnan’s Taser and fired at Rolfe before moving away from the officer. Then, the fateful shooting occurred.

Howard said at a press briefing announcing the charges that the officers’ conduct after Brooks was shot “did not reflect any fear or danger of Mr. Brooks.”

He also said that state law forbids using deadly force to stop a fleeing suspect unless the officer believes that the suspect poses an immediate threat or death or of serious physical injury to that officer.

“At the time Mr. Brooks was shot, he did not pose an immediate threat of death or serious physical injuries to the officer or officers,” Howard claimed.

The GBI later said it wasn’t aware that the district attorney was going to announce the charges and that its independent investigation is ongoing.

Rolfe’s lawyers, arguing against any charges, said that Rolfe was violently attacked and that the officer heard a sound like a gunshot just before he fired at Brooks.

The former officer’s actions were justified under state law, they argued, because the suspect posed an immediate threat of physical violence.