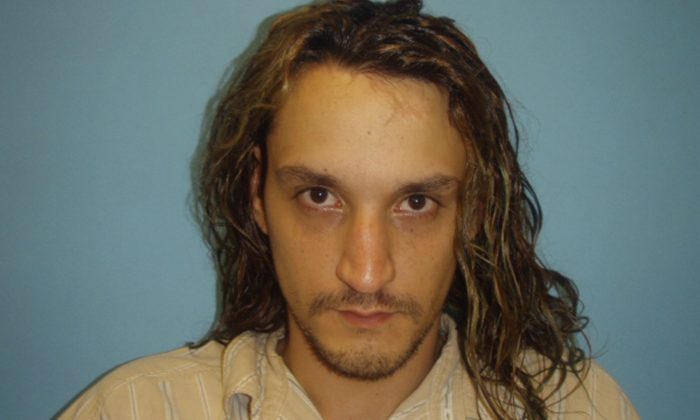 ORANGE, Texas—A Southeast Texas man accused of bludgeoning his 2-year-old daughter to death with a hammer was naked and blood-stained when he told police officers he had killed the toddler, according to an affidavit.

An officer’s body camera captured 26-year-old Yovahnis Roque confessing on Tuesday, Feb. 19, in the death of his child at their home in Orange, near the Louisiana border, according to the police affidavit. Roque was arrested and charged with capital murder.

Grieving the Death of a Child: A family member who wishes to remain anonymous wanted to share a few photos of baby Savannah, Savi.
Savi, 2-year-old child who was allegedly killed by her father in #Orange. Yovahnis Roque, also know as ‘Geo’, is facing charges. @12NewsNow pic.twitter.com/6cc85SONS8

Roque lived with his mother at the house and it was she who found the girl’s body and called police.

Officers found Roque “completely covered in blood” and discovered the girl’s body in a closet, the affidavit says. Orange police Capt. Robert Enmon has described it as the most horrific crime he’s dealt with in his 29-year career, calling it “the crime scene of nightmares.”

In court on Wednesday, Feb. 20, judge Arkeen was explaining the capital murder charge when Roque keeps saying “I don’t know what you guys want from me.”

Yovahnis Roque in courtroom waiting arraignment keeps saying “I don’t know what you guys want from me.” pic.twitter.com/pb43GpPsmk

Roque also told Arkeen that “the government made me do it” and “I’m not in control of my own body.”

Yovahnis Roque told Judge Arkeen that “the government made me do it” and “I’m not in control of my own body.” pic.twitter.com/xHLWTIoMid

He was ordered to be held on $2 million bond in the Orange County jail. Online jail records don’t show whether he has an attorney to speak on his behalf.

Enmon said Thursday that authorities investigated a disturbance at the house several months earlier, but that the call didn’t appear to involve the child.

Roque and the child previously lived in Florida.

I asked Yovahnis Roque if he killed his daughter yesterday on his way into the courtroom, he stared at me looking confused and didn’t respond. pic.twitter.com/Q1WtogYFbD

A friend of the suspect, Abner Santiago, told the Beaumont Enterprise that he received a series of messages from Roque on Tuesday, including one in which he told his friend to start digging because there was going to be “an all-out war.”

“He was messaging me weird coded messages about the world ending,” Santiago said. “He wasn’t like this before when I knew him back in Miami.”

The girl was just weeks old in 2016 when her mother, Rachel Foster, was struck and killed by an impaired driver, according to WTVJ-TV in Miami-Dade County. Roque was seriously injured in the wreck.

Orange Police still on scene after they say a father violently killed his 2-year-old daughter. The father has been identified as Yovahnis Roque. #12NewsNow pic.twitter.com/1Bw3obD903

Foster’s mother, Delia Foster, told the station that the death of her daughter, and now the killing of her granddaughter, brings “a complete emptiness. And it’s just so gloomy and so devastating.”

On Feb. 20, Matthew Daniel Graves, of Roy, Utah, 24, pleaded guilty to one count of aggravated murder. Now, prosecutors will not seek the death penalty in the case, and they also dropped a misdemeanor drug charge and a felony charge of allowing a child to be exposed to a controlled substance, according to the Standard-Examiner publication.

He was arrested shortly after police were told that a 1-month-old child wasn’t breathing, and the child was taken to Ogden Regional Medical Center before it was taken by helicopter to Primary Children’s Hospital in Salt Lake City, according to the paper.

Prosecutors said he should get 25 years to life in prison, but the decision will be made by a judge during Graves’ sentencing.

Graves apparently got angered after the baby woke him up from sleep with cries in 2017, according to the Standard-Examiner.

Graves said he “blacked out from rage” when the incident unfolded, police said.

Doctors later discovered the child had a number of injuries that were not accidental. They told police the baby had “profound brain trauma,” the report said.

He noticed the infant wasn’t breathing and called his grandmother before calling 911.

“Matthew made comments that he is a monster, that he has lost all hope in life and is going to lose everything,” an affidavit said.

He is slated to appear in court on March 2 for sentencing.