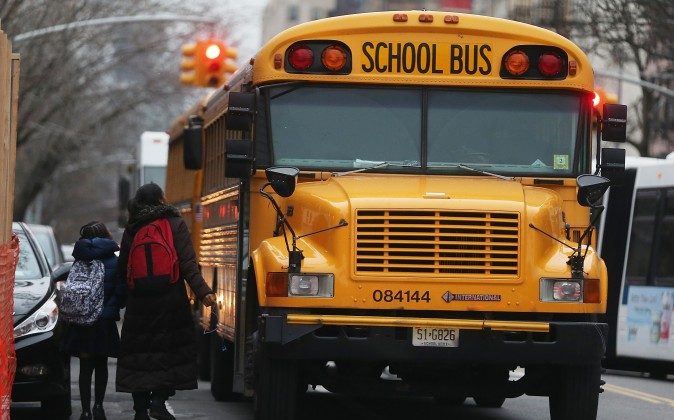 Students walk to board a school bus in Manhattan's East Village on January 15, 2013 in New York City. (Mario Tama/Getty Images)
Crime and Incidents

WILMINGTON, Del.—Police say a teen has been shot in Wilmington.

Police say in a statement that officers responding to a report of shots fired in the area of 27th and Van Buren streets on Monday morning found a 15-year-old boy with apparent gunshot wounds to his left arm and abdomen.

Police say the teen flagged down a school bus and reported that he had been shot. Medics took the teen to A.I. duPont Hospital for Children and police say he’s in stable condition.

Red Clay Consolidated School District spokeswoman Pati Nash says the John Dickinson High School ninth-grader flagged down his usual bus to school. She says extra staffers are at the school and the district asked police to be in the area when the bus returns to the area.