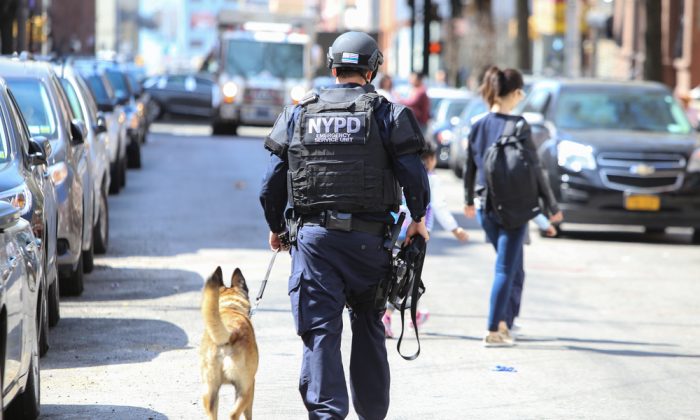 (a katz/Shutterstock)
Crime and Incidents

TAMPA, Fla.—Police in Tampa say a burglary suspect threw a flaming accelerant on an officer and a police dog before he was shot by that officer.

Police say Officer Tim Bergman feared for his life when he opened fire on 40-year-old Joey Antonio Kennedy at a home Thursday.

Police were there responding to a report of burglary in progress when they encountered the suspect.

Police say police dog Indo “engaged” Kennedy who tossed a flaming accelerant on the dog and Bergman before being shot.

Kennedy, who’s known to police and wanted on outstanding warrants, was taken to a hospital in critical condition. Bergman wasn’t hurt, but K9 Indo was burned.

Bergman, a 12-year department veteran, was put on the standard paid leave while the shooting is investigated.

No word yet on charges.