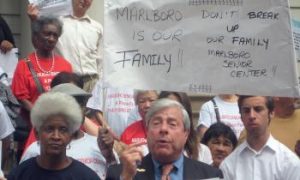 Call to Save Senior Centers
0 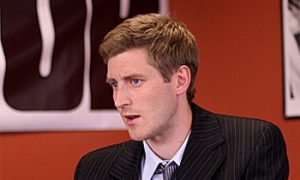 The Chinese regime’s fear that dangerous ideas about democratic uprisings could quickly spread has inspired an intensive monitoring system that reaches down to individual apartment buildings.

In some cases, police in Beijing are even moving in to better keep an eye on problematic individuals.

According to an April 11 report by Legal Daily, a matrix-monitoring scheme has been running in Beijing’s Dongcheng District since last year. The 205 communities in the district are divided into 589 blocks. To each block was allotted a controller, a deputy controller, police, and even a block Communist Party secretary. “Command centers” were set up to monitor the overall situation of each block, the article said.

In January, Dongcheng police authorities held a ceremony to officially launch the new policing tactics based on the matrix-monitoring scheme. A policeman, whose new duty was limited to covering just one block, told Legal Daily that he was transferred from the duty of police monitoring a community of over 10,000 people to a block of police monitoring, which is just one out of the five blocks in one community.

He said previously it was too large a number to monitor and they could only do random checking and spot monitoring, but now he can perform daily monitoring without missing any corner.

Whenever the block police are on duty, they work closely and constantly exchanging information with one another through two-way radios. “This has truly reached the goal of ‘strict monitoring’ of the streets,” a December 2010 Dali Daily report said.

The authorities are also telling people whom they can and cannot live with. In one case in Shanghai two police officers and a security guard arrived at the residence of petitioners Ms. Zhu Jindi and Mr. Shen Jinbo in the morning of April 8. Shen was told that he was not allowed to petition his case, nor was he allowed to stay with Ms. Zhu, for reasons the police did not explain.

Fu Sheng, a dissident in Xi’an, central China, was forced to “go on a trip” on days when a “Jasmine rally” was called in his city. He told Sound of Hope (SOH) Radio that the local authorities went to his work place and home and enlisted security guards and the doormen in surveilling him. The guards had to keep a record of his movements, and inform the police when he went out, according to Fu. It was said to be a “political assignment” from higher-ups.

This “serious violation of the constitution,” Fu says, is happening across China. People are roped into monitoring activities for fear of losing their jobs, but some told Fu that they refused to cooperate.

“It feels like another round of the Cultural Revolution,” Fu said, referring to a period from 1966 to 1976 when China was in chaos and millions were violently killed in political campaigns.

A dissident from Beijing who wished to remain anonymous told Sound of Hope Radio. “Block police are living inside the residential communities. If several people stand together and chat, police will come over to listen. Anyone on the police’s list is under constant surveillance,” he said.