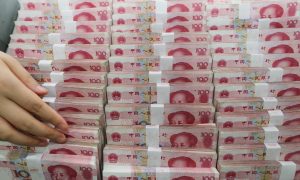 After Embezzling Cash, Corrupt Chinese Officials Scramble to Hide It
0

Daughter Charged With Murder After Father's Body Found In Concrete
0 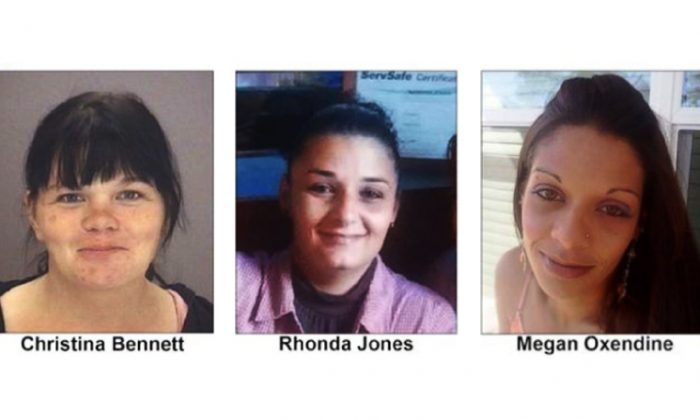 Three women from the same small North Carolina town have turned up dead in the past several months and the FBI wants to know why.

On Wednesday, Jan. 17, the Charlotte FBI office announced a $30,000 reward for information about three of the women.

A $5,000 reward has been posted for information about a fourth woman from the same town who went missing in early September.

Three women from Lumberton, North Carolina, turned up dead within a six weeks between April 18 and June 3, 2017.

Police found the body of 32-year-old Christina Bennett inside an abandoned house at 505 Peachtree Street in the town of 22,000 in Robeson County. Later that day, the remains of Rhonda Jones, 36, were found nearby in a trash container at 702 East Fifth Street, according to WNCN-TV.

Oxendine’s body was discovered on June 3 near a house on East Eighth Street.

So far no cause of death has been determined for any of the three women.

In June 2017, the Lumberton Police Department called on the Charlotte FBI office for assistance with the investigation.

Both the Lumberton Police and the FBI have asked the residents of the town to help them solve the murders.

“As police chief and as a member of this community, I want to know what happened to Christina, Rhonda, and Megan,” Police Chief Mike McNeill said during a Jan. 17 press conference announcing the rewards.

“I also understand there is a lot of uncertainty, concern, and even fear right now. Let me reassure you that we are committed to finding out the answers. We hope the people of Lumberton will help us.”

FBI Special Agent John Strong, who supervises the Charlotte office, said, “Every part of our work as law enforcement benefits from help we receive from the public. We need the community’s assistance, the people’s eyes and ears, information from friends and neighbors. So we ask you to pick up the phone and call us. Tell us what you know, what you heard, and what you saw.”

The FBI urges anyone with any information about the victims last known whereabouts to call 704-672-6100 and select option 2.

In what authorities are saying seems to be an unrelated case, a fourth Lumberton woman has disappeared.

Twenty-year-old Abby Lynn Patterson was last seen on Sept.5, 2017. Witnesses said she left her home on East Ninth Street and got into a brown Buick around 11:30 a.m.

According to Fox News, Patterson, who lived in Florid and was in Lumberton to visit relatives, told her mother she’d be back in an hour when she left on Sept. 5.

“At this point, we don’t know if there’s a connection,” McNeill said of the women.

“We’re soliciting help from the community,” McNeill told Fox News. “Someone out there has information we need.”

Lumberton Police said they have identified the young man in the brown Buick, but he has not yet been identified as a suspect.

“We think it’s someone she knew, but we’re not sure,” said Parker.

Parker also said that it seemed very unlikely this disappearance was related to three earlier deaths.

“While there is always a possibility, we are 99 percent sure the case is not related to the females this spring and early summer,” he told WNCN-TV.

A $5,000 reward is being offered for information leading to the location of Abby Patterson.