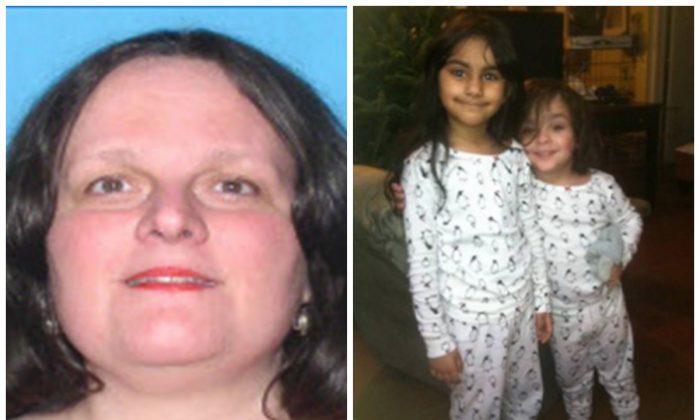 A Florida mom who is only supposed to have supervised visits with her children has allegedly taken them.

Police in St. Petersburg said Gigi Ulrich-Woodard Sandhu took her kids away from their grandparents, who they live with.

The kids are Fred Sandhu, 4, and Dorian Sandhu, 5. They are both mixed Caucasian/East Indian.

“We believe the children could be in danger,” the St. Petersburg Police Department said in an alert.

“The mother is driving a gray 2009 Nissan Altima believed to be heading north, possibly out of state. The license plate number is CPPZ14.”

The Florida Department of Law Enforcement says Sandhu used a spare key to get into the house and took the children.

“She has made threats in the past, that if the children were taken from her, she would kill herself and the children,” St. Petersburg police spokesperson Yolanda Fernandez told Bay News.

“She has not been very stable in the past.In the past, she has had a history of coming and going and leaving the country or going to other states at a moment’s notice without telling anyone.”

Anyone with information about the children is asked to call the St. Petersburg Police Department at 727-893-7780 or 911.