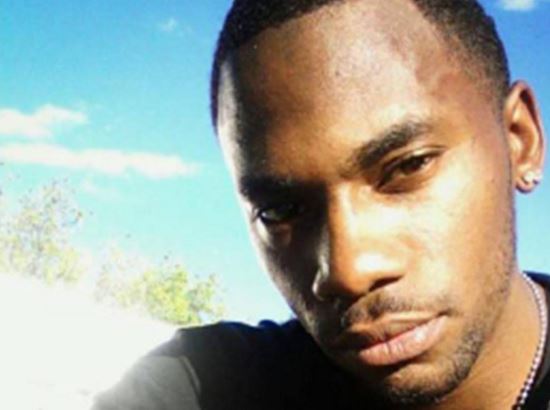 Detectives are searching for a 26-year-old suspect wanted in connection to the death of a three-month-old boy in Maryland.

The Harford County Sheriff’s Office said on December 21 that authorities are seeking Keith Griffin of Edgewood.

He and Aja Terry, also 26, the mother of the boy Aaman Perez, have been charged with first degree homicide, first degree child abuse, and first degree assault.

Cops have apprehended Terry but Griffin is still on the loose.

The manhunt started after police were called to home in the 1800 block of Eloise Lane for a report of a child in cardiac arrest.

Despite life-saving efforts, Aaman eventually died. An autopsy determined the cause of death was head trauma, kicking off the manhunt for the boy’s parents, who both fled the scene. Terry was found in Delaware and is awaiting extradition.

Anyone with information regarding the crime, or Griffin’s whereabouts, is asked to call Detective Yeagy at 443-409-3420, the sheriff’s office said.

“Those who wish to remain anonymous may report their information to harford Crime Solvers at 1-888-540-8477.

Two other children belonging to Terry, Aaman’s twin and a five-year-old boy, have been sent to Child Protective Services.