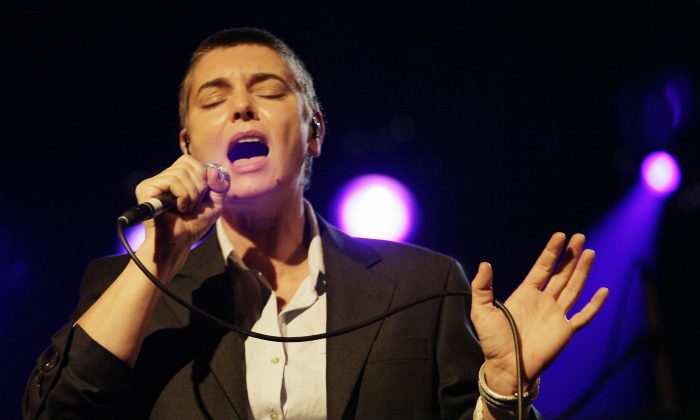 UPDATE 3:32 p.m.: Police say Sinead O’Connor has been found safe, no other details have been released.

Singer Sinead O’Connor is missing in Chicago, Wilmette Police said—she went for a bike ride on May 15 at 6 a.m. and disappeared.

Authorities have reason to believe she is at risk of suicide, according to TMZ. Police sent out an alert classifying the singer as “missing suicidal.”

Just hours after she was last seen, O’Connor wrote a post on Facebook apparently directed to her son, Jake Reynolds.

“Jake, kindly go to the court on Tuesday and take custody your brother from Tusla. My lawyer will be making the illegal way yourself and Donal got him into Tusla (lying to the cops etc) known to the judge,” she wrote.

“Expect to be in trouble. In fact you’d best bring a lawyer of your own. And do not abandon your brother or any other of my babies again. What you have done to your brother and your mother is LITERALLY criminal,” O’Connor added.

This isn’t the first time O’Connor has gone missing. Last November, O’Connor received medical treatment after an alleged overdose of pills in a hotel in Ireland.

O’Connor, 49, left a suicide note on that occasion, according to TMZ.

BREAKING: Sinead O’Connor is missing from the Wilmette area… police ask for help in their search. pic.twitter.com/JE047UCsZr

In the note she said, “I have taken an overdose. There is no other way to get respect. I am not at home. I’m at a hotel, somewhere in Ireland, under another name.”

She said in the letter she had been “Howling crying for weeks. And been told by them all to go [expletive] myself. I’m invisible. I don’t matter a shred to anyone.”

O’Connor achieved international fame for her cover of the song “Nothing Compares 2 U,” originally written by Prince.

On May 6, court documents were filed by comedian and TV personality Arsenio Hall against Sinead O’Connor—for her controversial post to Facebook earlier this month.