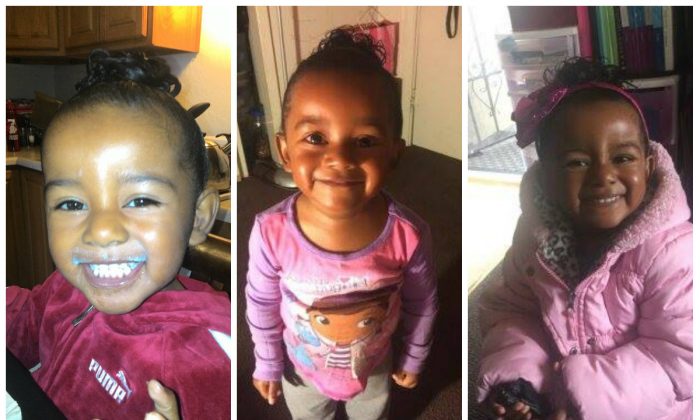 Police Search for Missing Toddler After Mother Was Found Slain

The aunt of a San Francisco 2-year-old girl, who has been missing since her mother was found dead, is hopeful that her niece will be found safe.

Nicole Fitts, also called Nikki, was found slain on April 8 after she was reported missing a week before. Police said she was last seen on April 1.

Contessa Fitts, the victim’s sister, said authorities have not given her many details about what happened to her sister, but she said she knows they are doing everything they can to find the missing toddler, Arianna Fitts.

Contessa Fitts said she stayed in touch with her sister. Even though they lived in different cities, both would meet up about once a month.

“The thing that is keeping me going is that we’re going to find Arianna. I have to keep finding information,” she added.

Fitts described her sister Nikki as a cheerful and pleasant person, who worked at a Best Buy store.

It always stuck with me how kind and shy she was.
— Michael Jacobo, Victim's friend

“None of this makes sense,” Michael Jacobo, Nicole’s friend and co-worker said.

“She was one of the kindest people you would ever meet. She always had a smile on her face. It always stuck with me how kind and shy she was,” he added.

Contessa Fitts said her sister did not have any enemies and does not comprehend the killing.

“I can’t imagine any reason why she would have any enemies or why someone would ever want to hurt her, she just did nothing but give,” Contessa told ABC7.

As for the toddler, police spokeswoman Officer Grace Gatpandan said at a news conference that the child is missing and considered at risk. She was last reported seen in late February.

Gatpandan said that due to the sensitive nature of the investigation, police can’t reveal any other details about the killing or any other circumstances of the case.

The victims’ friends and family, along with the San Francisco Police Department have turned to social media to ask the public for any information that can lead up to the whereabouts of Arianna. A Facebook group, Finding Nicole “Nikki” Fitts and Arianna Fitts, was created to help with any clues.

MISSING MOTHER & DAUGHTER PLEASE HELP | PLEASE SHARE THERE IS REASON TO BELIEVE NICOLE FITTS CAN BE IN SAN FRANCISCO,…

Police said in a Facebook post the mother and daughter were reported to frequent the San Francisco, San Mateo, Oakland/Emeryville, Fresno, Santa Cruz, and Silicon Valley areas, as well as other locations in Southern California.