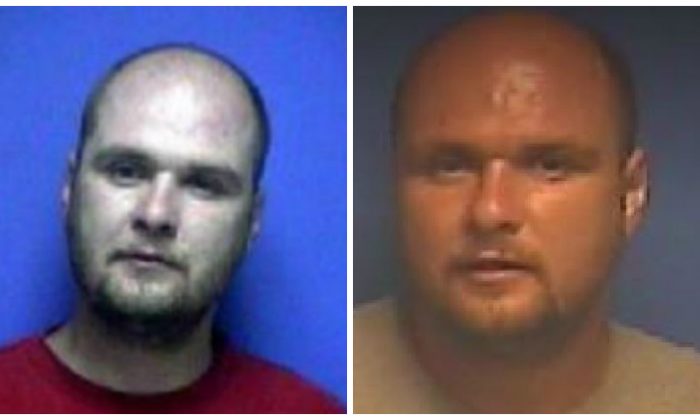 Police in Tennessee are searching for a rape suspect after a relative of the unnamed victim caught him inside the girl’s home just after midnight on Thursday.

After a confrontation, 36-year-old John Lamb fled. The relative called 911.

The residence is on Dollar Drive in La Vergne, in the Cedar Glen mobile home park, reported WKRN.

Authorities mobilized quickly to search the area, utilizing K-9 dogs, but were unable to locate Lamb, who has a criminal history—including assault and terroristic threats.

Lamb threatened the lives of the victim, whose age was not given, as well as the victim’s family and law enforcement, according to WSMV.

Police aren’t sure where Lamb fled to, although it’s said he has connections in southern Kentucky.

Lamb is described as 6’2″, 208 pounds, and balding with closely shaven hair. He was last seen wearing a white tank top, a black and gray sweater, blue jeans covered with white paint, Timberland boots, and a dark blue baseball cap.