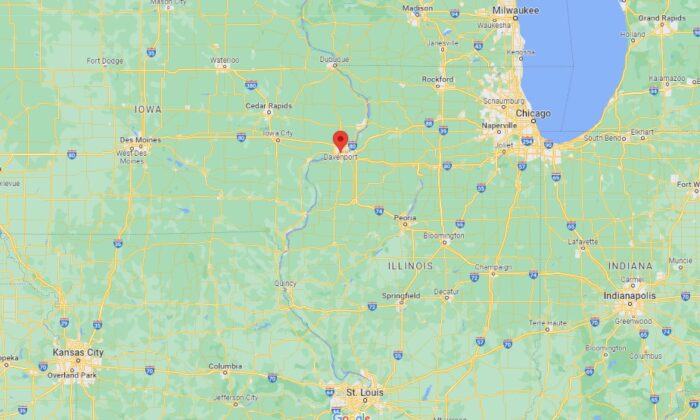 A man died early Wednesday in a shootout with a police officer outside a convenience store in the eastern Iowa city of Davenport, police said.

The shooting happened around 1 a.m. when an officer responded to a call from the store reporting that someone appeared to be tampering with its air conditioning unit outside, Davenport police said in a written statement.

The officer confronted a man outside the store and discovered he had outstanding arrest warrants, police said. A fight between the two ensued, and the man and officer exchanged gunfire, police said.

The man was shot and died at a hospital, police said. The officer was not shot, but sustained minor injuries during the fight. Police have not released the names of the man killed or the officer who shot him.

The Scott County Sheriff’s Office and the Iowa Department of Criminal Investigation are investigating the shooting.